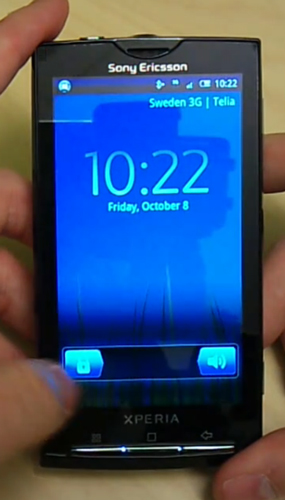 Sony Ericsson is almost keeping up with the times, but I’m sure most users will be happy with Android 2.1 versus the highly antiquated version they’ve been rocking on their Xperia devices. Devices that will get the upgrade are the Xperia X10, X10 mini and X10 mini pro. Sony Ericsson says that the update will start rolling out this evening “European time,” so that means we might see it in the States much sooner (if anyone out here actually owns an Xperia handset).

The update will bring a number of new features like HD video recording and continuous auto-focus as well as other enhancements. Users should also note that there are a number of apps in the Android Market that are only compatible with higher versions of the OS, so this update should open up a world of new apps, too.

Xperia X10:
• HD video recording with continuous auto-focus for high quality videos
• Upgrade of the Android platform to Android 2.1
• New back up and restore application, with extended content back up
• 5 homescreens for apps, widgets, shortcuts and folders
• Social phonebook which automatically syncs contact pictures from Facebook and shows when your friends are online

Xperia X10 mini and X10 mini pro:
• Improved Bluetooth functionality with support for sending and receiving pictures, contacts and more
• New backup and restore application with extended content back up
• Automatic synchronization of your contact pictures between Facebook and your phone book
• Improved ways of handling pictures, audio, text and numbers in your messages
• Upgrade of the Android platform to Android platform 2.1

Overall, it will be like a completely new phone for Xperia smartphone owners. It was mind-boggling that these were being released with version 1.x of Google’s mobile operating system, anyway, but it’s mostly because SE committed to a user interface (UX) for Android that took such a long time to update. Oh well, better late than never, right?

Acer is rocking the smartphone space with its Liquid Metal, which supports 14.4Mbps HSPA 3G for super fast data where...