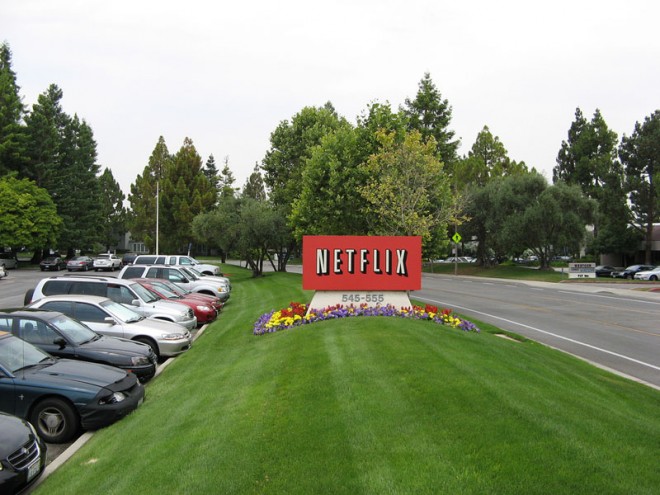 Well, it’s not much of a surprise but Netflix said it would officially be bringing its instant streaming video service to the upcoming Windows Phone 7 platform via an app.

We’ve seen the app in the Windows Marketplace for Mobile and found the quality to be quite good so far. Netflix made it official in a blog post:

Netflix members in both the U.S. and Canada also now have the ability to instantly watch TV shows and movies on their Windows Phone 7 handsets. The application is available in the Marketplace Video Store and is free.

Microsoft had a strong app strategy for the Windows Phone 7 launch: instead of going down the fool’s gambit of trying to match the App Store or Android Market in sheer volume, it focused on nabbing high-profile apps out of the gates. This strategy included paying developers and it has led to more than 1,000 apps for the not-yet-launched smartphone platform.

The funny thing about Netflix instant streaming capability is that no one outside of reviewers like us, developers and some Microsoft employees have Windows Phone 7 yet. But with the iOS app going strong and now the Windows Phone 7 app, you have to wonder where the Android version is?

One reason could be that the Windows Phone 7 app environment uses Silverlight, which is already used on some versions of the desktop app. Still, that’s not going to be any solace to movie-hungry Android users.

We’ve reported multiple times that Netflix is hiring Android development experts and that a version of the service should be hitting the little, green robot soon. Well, we’re still waiting.

It’s actually pretty odd that Netflix instant streaming hasn’t hit Android because the movie company has done a fantastic job of spreading its service to nearly every device under the sun. Many televisions, Blu-Ray players, the Apple TV and other devices will have ways to access the instant streaming service.

With Android on a rocket ship to the moon I don’t think the movie company can avoid it for much longer.

The perfectionists at Apple got word of Monster headphones giving some customers issues, and because the headphones are supposed to...