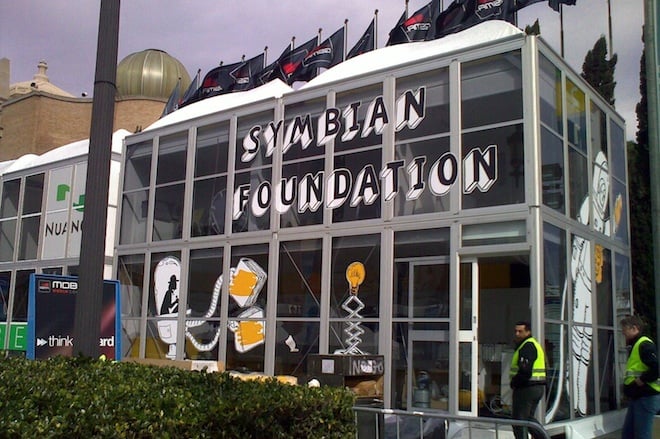 Earlier today I published an article, which I’ve just recently trashed, saying that the Symbian Foundation was dead and that it was being replaced by a new consortium of companies under a new brand known as “SYMBEOSE“. That article was incorrect and I’ve received plenty of emails from Symbian people telling me what the real situation is, so let’s get down to business:

The Symbian Foundation is NOT dead, but there is a group of companies that are getting together calling themselves SYMBEOSE, which stands for “Symbian – the Embedded Operating System for Europe”, and their goal is to enhance the Symbian platform with applications, services, what have you. Symbian and SYMBEOSE are two are separate entities, and while SYMBEOSE is being lead by the Symbian Foundation, their goals are not exactly the same.

Now what about the money? There’s a total of 22 million Euros going to SYMBEOSE, half of which is from the European Commission while the other is from 24 companies that make up SYMBEOSE. It hasn’t yet been revealed who exactly those 24 companies are.

The conclusions I arrived at in my previously incorrect article are still the opinions I hold, that the more people who are responsible for the success of Symbian, the less of a chance there is of that future ever happening. The Symbian Foundation, for all it’s marketing initiatives with the cute ducks and catch phrases, is still nothing more than a bunch of lawyers and marketing people sitting in some office space in London. The real people who build Symbian, Nokia, are pouring blood, sweat, and tears into an operating system that’s increasingly losing favor amongst both current Symbian users and employees within Nokia itself. I severely question whether or not the Symbian Foundation, or Symbian in general, will exist in several years.

It’s all up to Stephen Elop, Nokia’s new CEO, to decide how many devices the company is going to focus on building and what software will be used to decide the fate of the company, because let’s face it, no one else is building Symbian devices except for maybe the Japanese. They never export their phones off that island anyway, so it really is just the Finns.

Symbian users who enjoy listening to podcasts on the go have typically had only one way to get their fix,...