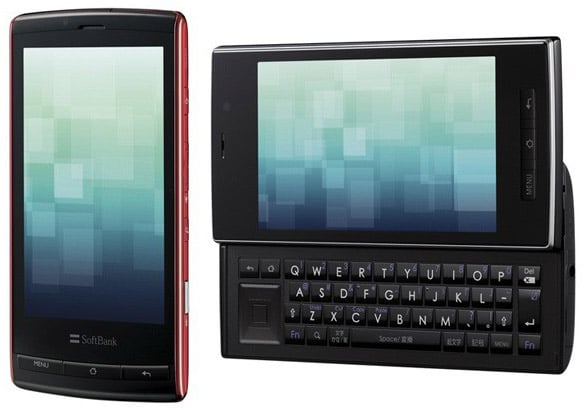 It seems Japanese handset makers needed some time to embrace Android and include it to their high-end mix. That’s now a thing of the past as we have Sharp announced two super-awesome smartphones running Froyo (Android 2.2) for Softbank.

The two devices unveiled are Galapagos 003SH and 005SH. The former is an all-touchscreen device with a 9.6-megapixel camera, while the latter adds a side-sliding QWERTY keyboard but its camera settles for 8 megapixels “only.” Both phones rock 3.8-inch WVGA (800×480 pixels) glasses-free 3D-capable touchscreens along with some “made for 3D” games and content. Of course, a fast 1GHz Snapdragon CPU is also on board providing the horse-power needed to make these two babies run as smoothly as possible.

Unfortunately, this is a Japan thing only at the moment, and honestly, I doubt any of the two Sharp babies will ever be exported to the Western hemisphere. We know the 003SH will start selling in December, while its QWERTY cousin will hit the market at some point in February. If you happen to get a chance to play with any of the two, drop us a line with your two cents, will you?

Samsung and AT&T unveiled a successor to the original Solstice feature phone, which was announced at the end of July...