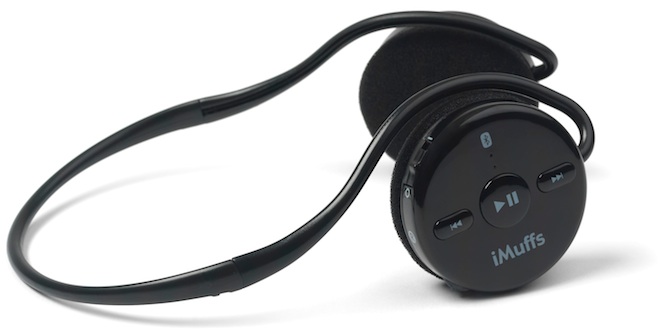 According to a source who spoke to 9to5Mac Apple purchased a company based out of San Francisco called “Wi-Gear” two months ago and the eventual result of said purchase will be a set of Apple branded Bluetooth stereo headphones. Wi-Gear is known for building a product called “iMuffs” [see review on Geek.com] that give users, surprise surprise, wireless audio via Bluetooth 2.0, just like any other device in the same product category, but because they chose to name their hardware in a cute and marketable way they scored some sales. Why couldn’t Apple simply hire a Bluetooth specialist, or better yet a headphone designer from a prestigious audio company like Shure or Sennheiser?

Thanks to LinkedIn, and people’s mysterious compulsion to throw all there personal data out on the internet for everyone to see, the discovery of Michael Kim’s recent job change from Wi-Gear co-founder to iOS Bluetooth Engineer at Apple makes this rumored purchase sound a lot more credible. Could Apple be so obsessed with building vertical solutions that they’ll block out all other Bluetooth stereo headsets except for their own? It’s entirely possible, and I wouldn’t be surprised at all to hear if they make such a move.

While we’re on the subject of Bluetooth headsets, think Apple can make them take off? Everyone else has failed to convince the market that they need yet another device to charge, just for the added convenience of reducing cord clutter. For such a pair of headphones to be sleek and compact then the famous Apple dock connector can’t be used. Perhaps a special iPod/iPhone dock that comes with a space to charge headsets? I don’t really know and am just speculation at this point.

Wired headphones for me thank you very much, it’s the only real way to get the most out of your audio.

A Chinese company Hanvon will soon introduce the first e-reader with a color e-Ink display but will it be enough...