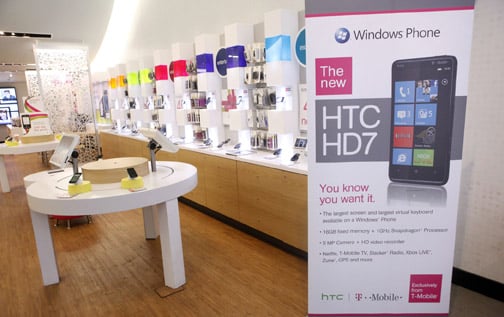 Today is the big day that Windows Phone 7 is launching here in the US and in Canada. A bevy of handsets will debut on 5 carriers including all three major carriers in Canada (Bell, Telus, and Rogers) and on AT&T and T-Mobile here in the states. The handsets that will be available starting today include the following:

In addition to these handset, a variety of high-profile apps are making their official debut in the Windows Phone Marketplace and include Loopt, Poynt, and Yelp. If anyone is grabbing on the above six handsets, hit us up in the comments and let us know your first impressions of this platform. If you are still on the fence, check out our first impressions of Windows Phone 7.

Today is the first day you can buy Microsoft Windows Phone 7 devices in the United States and I'm sure...