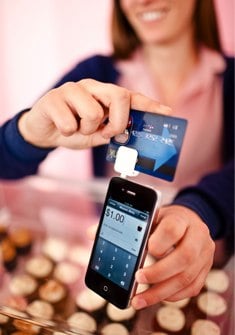 Recently, mobile payment reader Square opened up its doors to the public after being in a private pilot program for a few months, and the floodgates have opened up along with it. Square now processes millions of dollars every single week with no signs of slowing down. The convenience of making and receiving payments with the credit card reader that works with the iPhone has already begun to change the way small businesses and independent merchants do business.

While merchants have to qualify for the app, Square’s qualification rules are more relaxed than those of standard credit card processors, There are no initiation fees, monthly minimums, and when merchants apply for a reader, Square doesn’t just focus on a credit check, but also takes into account the influence a company holds on Yelp, Twitter or Facebook.

Rabois tells me that that Square is the “PayPal for the real world.” He also compares Square as the “Apple for financial services,” because it is so easy to use out of the box. Indeed, when I spoke to merchants and Square users, ease of use and simplicity were ubiquitous descriptions of the device.

Apparently, many businesses find Square more convenient than having cash registers, and it’s cheaper since it charges less per transaction than most other systems and providers.

Right now, Square isn’t really focusing on larger businesses or expecting them to adopt its technology. However, some large-scale retailers may begin consider the new mobile payment system like Zappos, who is “actually using Square in-house for sample sales of extra inventory, from which the proceeds go to charity.”

Verizon unveiled its first television commercial for the Apple iPad that it is now selling in bundles with its MiFi...