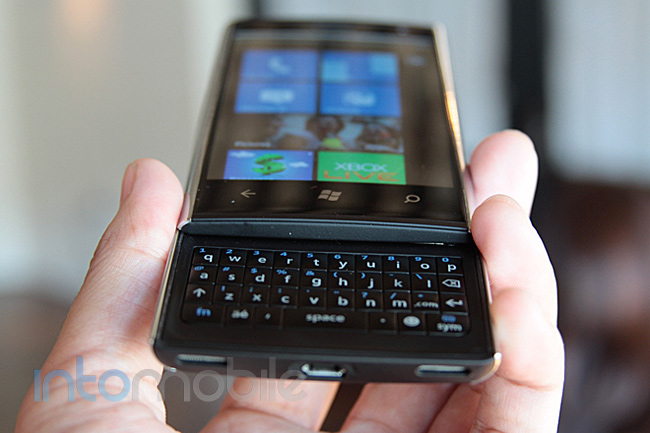 It looks like the lust-worthy Dell Venue Pro is off to a bumpy start, as Dell admits that one of the coolest new Windows Phone 7 devices has some bugs which can lead to problems connected to secure WiFi networks.

The Dell Venue Pro was highly coveted by many early adopters of Windows Phone 7 because of its portrait QWERTY keyboard setup and the fact that it runs the latest smartphone OS from Microsoft. Dell was even trying to get its 25,000 employees to use the Venue Pro instead of a BlackBerry.

But once the Venue Pro hit the the wild, there were scattered reported that the handset was having problems connecting to WiFi networks with passwords. The company confirmed this issue on its blog:

We have confirmed that the Wi-Fi connectivity issue that was reported in blogs like Boy Genius Report and Ubergizmo resulted from a software glitch during Dell’s manufacturing process. The issue affected some of our initial phone shipments and was not a hardware issue or a Windows Phone 7 one. Customers who purchased Venue Pro smartphones on Monday or Tuesday (November 8 or 9) at a Microsoft Store and who are experiencing the protected WiFi network connectivity issue also have the option of bringing your phone back to the Microsoft Store for an exchange, beginning at the end of next week. Your new phone will fix the Wi-Fi issue as well.

It’s kind of a pain that the Dell Venue Pro couldn’t come out of the gates without any problems and this definitely gives me some pause about considering this device or the one that will have a similar form factor and use Android.

Hopefully, this will be fixed before not too long and you can go on to enjoy your device without having to worry about WiFi connections. Check out the video below for a quick look at what to expect from the Venue Pro.

So much for Samsung not making a Nexus phone, eh? Best Buy Mobile temporarily showed the Nexus S as available...