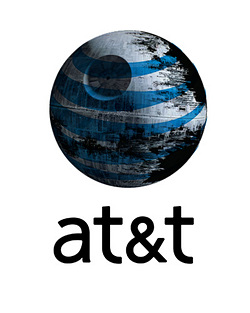 You might have noticed a text message on your AT&T phone recently from a sender looking something like, “1100101101” or similar. At first, it might have looked like some kind spam, but it was actually a link to a class-action lawsuit that AT&T has settled. The message told its recipients that they may be eligible for some benefits as a result of the settlement.

Subscribers sued AT&T earlier this year, saying the carrier charged them Internet taxes on their mobile service bills in violation of the federal Internet Tax Freedom Act and other laws. Suits in various courts were transferred to the U.S. District Court for the Northern District of Illinois, in Chicago. AT&T and the plaintiffs in the case, who represented a broad class of AT&T Mobility customers, reached a settlement agreement in July.

This reminds me of the settlement that Verizon just went through where it wrongly charged its users data usage fees, and ended up having to pay fees to the government, too. Although it’s not the same as the AT&T suit, it just goes to show that the FCC’s push to make carrier billing more transparent and easier to read a logical next step.

The hearing in this case is going to be held on March 10, 2011, so if you were hoping to score a few bucks from AT&T, don’t hold your breath. The settlement covers Internet taxes that were charged between November 1, 2005 through September 7, 2010. And if the settlement is approved, AT&T will stop charging the illegal taxes on those Internet usage fees. Of course, at this time AT&T is claiming it hasn’t done anything wrong.

As a precaution, and in general, be sure to check your phone bill each month for irregular or suspicious charges. A good chunk of us take a look at our bills every month, and if the number is close enough to what we last recall paying, we just go ahead and blindly pay it. Perhaps it’s time to be a little more cautious.

Reviews for the Samsung Galaxy Tab seem to be split right down the middle, but the carrier onslaught is happening,...