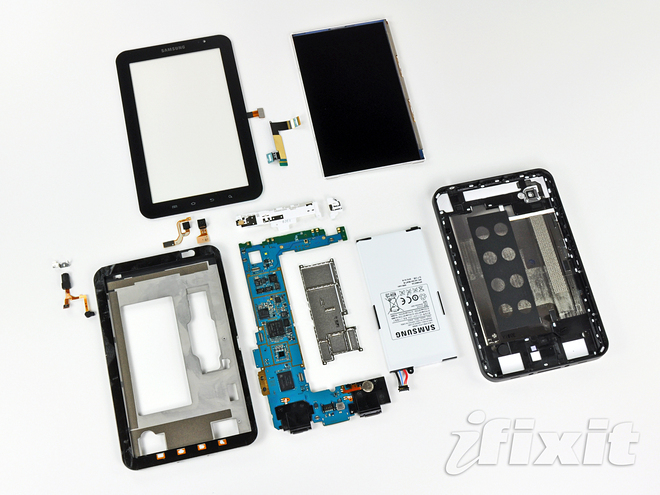 The folks over at iFixit are at it again, but this time the Samsung Galaxy Tab is their victim. The Android tablet is making its way to all four major carriers in the U.S. before the holiday season hits, so we’re all taking a deep dive to see just what this little tablet is made of. There aren’t a whole lot of surprises, but the details of the teardown are listed below.

If you’re thinking of disassembling and fixing or tweaking the Samsung Galaxy Tab yourself, iFixit gives the process a 6 out of 10 given the need for some unconventional tools. For the full rundown of how to take this puppy apart, hit the link below.

Verizon has been clear that its LTE rollout will focus on USB modems first and handsets will follow at a...