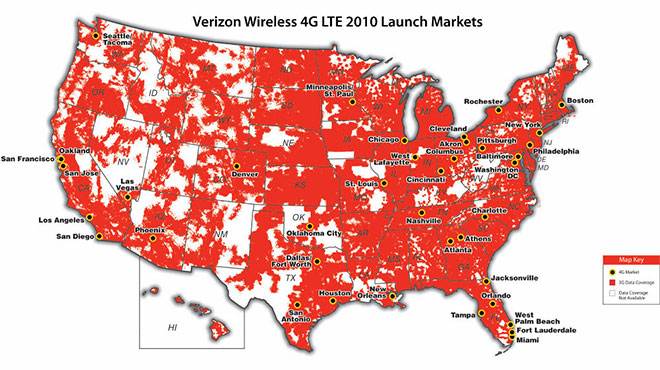 Verizon has been clear that its LTE rollout will focus on USB modems first and handsets will follow at a later date. The latest leaked information to hit the rumor mill suggests the first batch of  high-speed handsets will be manufactured by HTC, LG, and Samsung. The trio is expected to be working on the HTC Incredible HD, the Samsung Elite, and an unnamed LG device. Also cited in this rumor is Motorola which is expected to roll out the Olympus, but is not yet confirmed.

The source of this rumor indicates that the HTC Incredible HD, Samsung Elite, and the LG handset are close to production and will be ready for an early 2011 launch. The Incredible HD was rumored to launch in November for the holiday shopping season, but this current rumor refutes that prediction.

Folks interested in Verizon’s initial LTE offerings should attend CES (or watch our coverage!) as these next generation handsets are expected to debut at CES 2011, an event that will include a keynote by Ivan Seidenberg, the CEO of Verizon Communications. Verizon is the parent company of Verizon Wireless and we would expect Seidenberg to pimp VZW’s LTE network and these handsets at this event. Anyone excited for the first batch of high-speed smartphones to come out the shadows and get some official press?