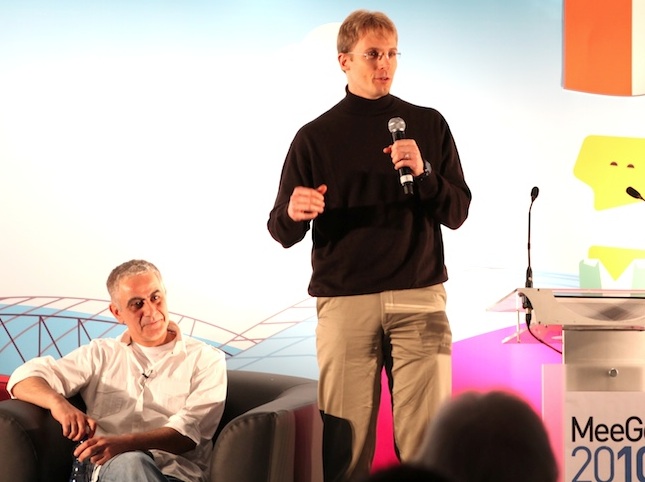 MeeGo, the Linux based open source project that is being lead by Intel and Nokia with the goal of making Qt applications run on pretty much anything with a microprocessor inside, got a new friend today. Advanced Micro Devices, better known as AMD, announced at the first ever MeeGo conference that they’ll be joining the group according to Market Watch.

“MeeGo represents an exciting, open-source mobile operating system we expect to be adopted by mobile and embedded device makers over time,” said Ben Bar-Haim, corporate vice president, software development, AMD. “We are glad to provide engineering resources to joint industry efforts like MeeGo and expect that this operating system will help drive our embedded plans and create expanded market opportunities for our forthcoming Accelerated Processing Units.”

“Built from the ground up for a whole new class of mobile computing devices, MeeGo gives companies like AMD and its partners unlimited opportunities to accelerate innovation for the next generation of computing,” said Jim Zemlin, executive director at The Linux Foundation. “As an existing Linux Foundation member, AMD will be an important and valuable contributor to the MeeGo Project.”

What we have here is a bunch of competing interests. In one corner you’ve got Intel, who would love nothing more than to get inside the mobile space, especially after blowing over $1 billion on Infineon’s wireless unit. Right now they can’t because their chips consume too much power, but time will fix that. They could care less if device manufactures slap MeeGo, Android, Symbian, or whatever on their hardware, as long as they use Intel hardware. Then you’ve got Nokia, who slowly is trying to transform itself into a company that provides industry leading software and services. They do neither, and are probably going to customize MeeGo to such a degree that both you and I are not going to recognize it when put up against other MeeGo devices. And now you’ve got AMD, who like Intel wants their chips in everything that runs on electricity, but today can’t compete with Intel on either power or connectivity, so they’re trying to do something in … software?

If this sounds familiar to you then brace yourself, because it is. It’s called Symbian. The whole point of Symbian was to prevent any one company from owning the mobile space, much like Apple and Google are right now. The problem was that there was only one company making Symbian devices in any sort of quantity that mattered, and that was Nokia. So what’s going to happen when companies like Acer, Dell and Samsung make laptops and tablets based on Chrome OS and Android, and the only people actually shipping something based on MeeGo are Nokia themselves?

I know it’s too early to make predictions about an operating system that hasn’t even formally launched yet, but this just all smells too funky for me to want to keep on being in the same room for much longer.

Check out “Is Symbian dead? And if so, who killed it?” and replace the word Symbian with MeeGo and tell me that that article doesn’t read like an omen.

Update: Image above [via All About MeeGo] of Chris Schlaeger, Director of AMD Operating, who actually broke the news.

Nokia's Symbian^3 powered C7, which was announced on September 14th of this year and started shipping less than a month...