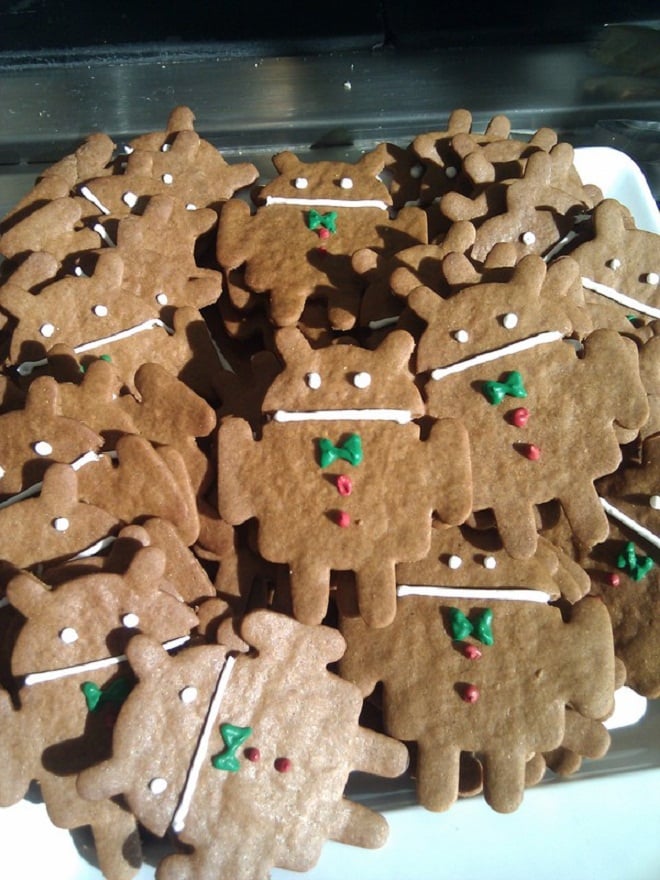 We know that Google has been working on Android Gingerbread for a while and there’s a strong chance that it could come out of the oven later today.

We were expecting the Android Gingerbread SDK to drop last week but that didn’t happen. The clues are starting to come into place that at least part of it will land today though.

First of all, Adobe is preparing an AIR update for Android Gingerbread that will launch tomorrow. Adobe and Google have been working closely with the last few versions of the little, green robot to optimize the platform for Flash and AIR.

Secondly, Google CEO Eric Schmidt will be speaking at the Web 2.0 conference later this afternoon and this would be an ideal showcase for the Android Gingerbread announcement, particularly if this will power the Nexus S that will launch before the holiday season.

The timing of this release also makes some sense, as it’s been about five months since we saw Froyo and the Gingerbread update is supposed to be a 0.X update. Some would even argue that Google is running a little late on the 3.0 update if you expect it to release these things every year.

So, what can we expect from Android 2.3 Gingerbread? Well, it’s safe to assume that this will have numerous improvements under the hood including the inclusion of the WebM video standard. We should also be getting the over-the-air app installation and the ability to stream tracks from your home computer to your smartphone.

We should also get some user interface refinements that were hinted at with the latest version of Google Maps. These changes weren’t exactly groundbreaking, but it does make the little, green robot a little more pleasing to the eye.

If you still have a Nexus One, I’d make sure that baby is fully powered because you may be getting a treat later today. Even if it doesn’t come out of the oven today, it can’t be long.

Adobe said it will be updating Adobe AIR for Android Gingerbread Tuesday, which is another indication that the next version...