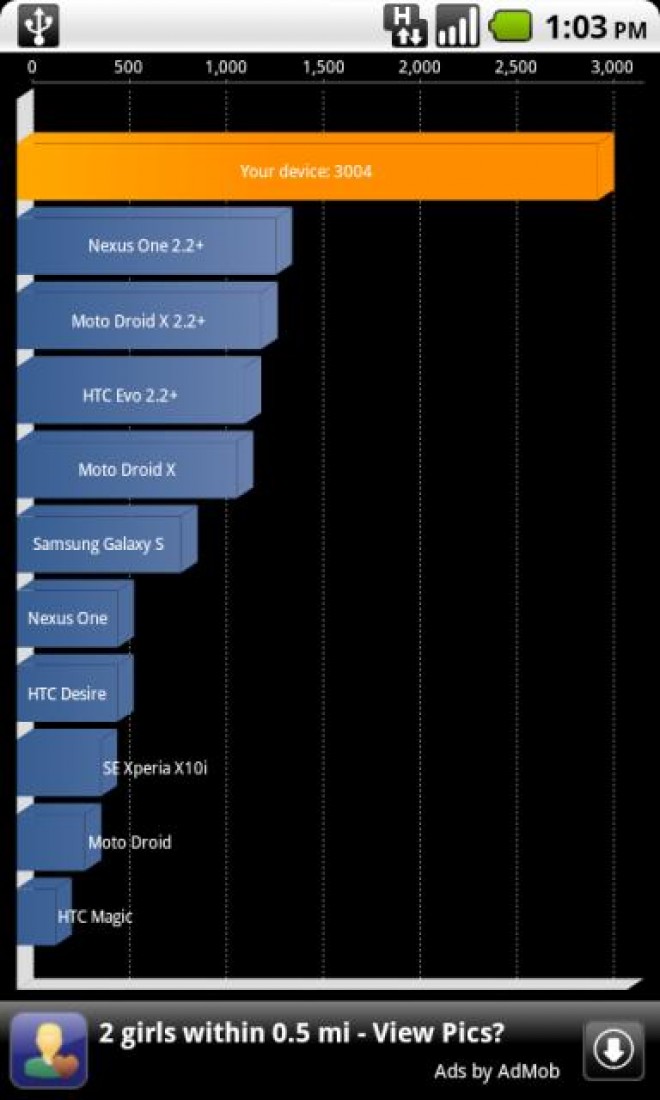 We’ve seen the T-Mobile G2 overclocked before, but nowhere near the speeds that this new overclocked Android kernel provides. A new kernel has hit the XDA forums that will allow your G2 to push Android OS to the limits with CPU speeds at 1.9GHz!

We were wondering if the G2 would get some sort of boost after we heard the Galaxy S had been overclocked to 1.6GHz. For a CPU that runs at 800MHz, 1.9GHz is pretty crazy to believe, but it’s real. Of course, overclocking your device can make it unstable, not to mention make your battery seemingly shrink in size. As time goes on, we’ll likely see some optimizations to the kernel to make it more stable, and less of a resource hog.

When benchmarked, the handset running this new kernel can hit a quadrant score of 2700+, easily blowing every other overclock we’ve ever seen out of the water. The G2 has proven itself to be quite the hacker’s paradise so far, and now that we have permanent root, it’s only going to get better as time goes on. Currently, there are a couple of custom ROMs available for the device, some of which contain Cyanogen’s BaconBits, which allows you to overclock your device to 1.4GHz. That should be plenty fast for many. Those with either the money or phone to burn, you may want to give the new kernel a try, as the creator still needs some feed back on stability.

If the new kernel becomes stable enough, we’ll likely see it find its way into upcoming custom ROMs for the G2, giving the user the option to kill the battery if they so choose. So, as it stands, the G2 looks to be the overclock king, and we’re waiting to see if another device can exceed it. If the new kernel can become completely stable, having the G2 running at 1.9GHz could just give your current-generation smartphone a next-gen hardware feel.

What do you say, you willing to overclock your G2 to ridiculous speeds? Don’t worry, to put it into perspective, at least it won’t melt as fast as this one.

Android Gingerbread may be coming out of the oven today

We know that Google has been working on Android Gingerbread for a while and there's a strong chance that it...