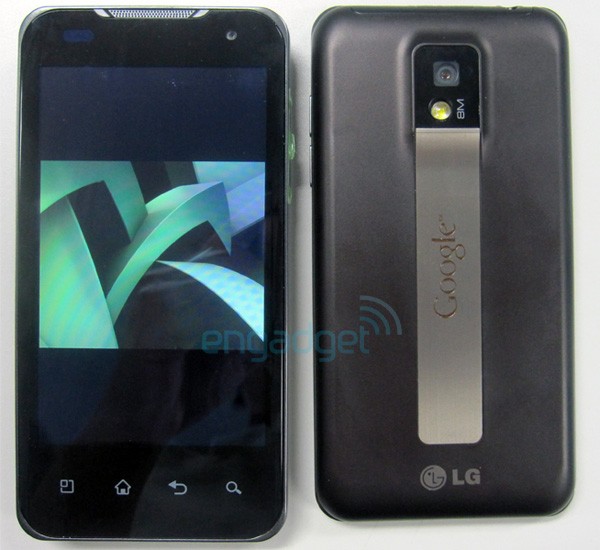 LG is kicking it up a notch with its upcoming Optimus smartphones. The latest entry to be unofficially introduced is the LG Star, a dual-core Tegra 2 offering that runs unknown flavor of Android. Android purists will be happy as this initial rumor suggests the handset will run an untampered version of Google’s mobile OS. The exact version of Android is not known, but LG was one of the first manufacturers to offer Android 2.2 at launch with its Optimus One, so I would expect this handset to follow suit and rock with Android 2.3 or 3.0.

In addition to its Tegra 2 guts, this handset sports a 4-inch display and an 8-megapixel camera with 1080P video recording, a combination that makes the current crop of 5MP/720P handsets look like last year’s technology.  Though the handset is dubbed the Star, don’t look for this moniker in official product literature as this is an internal name and will most likely change when the handset is launched.

LG confirmed earlier this year that it would be bringing the power of the Tegra 2 processor to its Optimus lineup and the Star may be LG’s first attempt to enter this brave, new world of dual-core smartphones. The remaining details on the handset are not yet known but a Tegra 2 handset could potentially support dual ARM Cortex-A9 MPCore processors running at 1GHZ, 1080P HD video encoding/decoding, HDMI out, support for up to a 12MP camera, and a LCD display with native resolution of 1680×1050.

Those specs are as drool-worthy as they come and I hope that this handset, as well as others like it still under development, land into the hands of consumers sooner than later.

The video below, as corny as the dialogue may be, seemingly ripped right from an infomercial that plays late at...