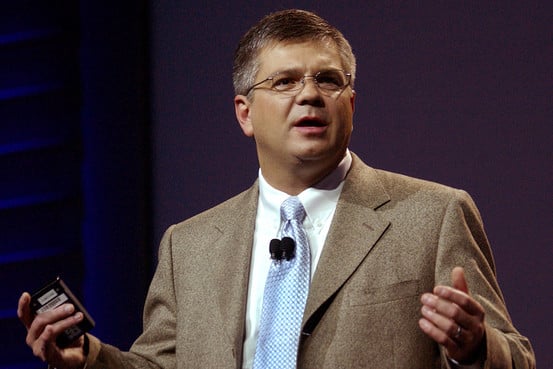 A recent SEC filing by Dell revealed the unexpected information that the head of Dell’s mobile communications group, Ron Garriques, is leaving the company effective January 28, 2011. Garriques will stay on as a consultant for the remainder of 2011. Dell confirmed today that his leaving is the result of a larger company reorganization that will integrate the mobile communications group into the core operating structure (Large Enterprise, Consumer/Small Medium Business and the Public Sector units) of Dell.

The loss of Garriques is a major blow to Dell’s consumer mobile strategy. Garriques was hired in 2007 from Motorola and his arrival marked a renewed commitment by Dell to re-enter the mobile marketplace. Prior to Garriques’ arrival, Dell had a successful history with consumer mobile devices. The American company was at the top of the PDA market with its popular Dell Axim Pocket PC but failed to make the jump from PDA to smartphone. Its portfolio of mobile devices was uninspired until Garriques joined Dell three years ago.

Under the leadership of Garriques, Dell released several flagship devices both in the U.S and in China, but its smartphones and tablets failed to garner the enthusiasm of consumers. Dell launched the Android-powered Aero with AT&T in August with much fanfare. A mere few months after launch and the handset is no longer available on the carrier’s website. Though still available from Dell, the Aero hindered by its stock Android 1.5 software that is laughably outdated.

The Dell Streak showed promise as 5-inch Android tablet but it, too, is hampered by an older version of Android and a lack of updates to bring the device current. Dell recently launched the Windows Phone powered Venue Pro but quickly pulled the device after problems with WiFi connectivity were reported.

In an embarrassing manufacturing faux pas, some Venue Pro handsets contained batteries with labels designating them as “Engineering Samples”. With a battered recent history of mobile devices, Dell may be wisely taking a step back from consumer-oriented mobile products to focus on enterprise endeavors. Anyone, with the exception of Mr. Garriques, disappointed by this move from Dell?

Mobilicity announced that the Motorola Spice would be coming out in Canada yesterday, and just in time for opening up...