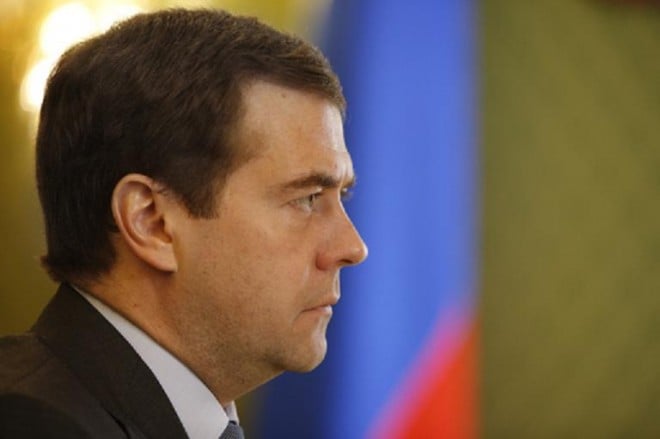 One of the advantages of the Samsung Galaxy Tab over the Apple iPad is the fact that the Android-based tablet has multiple camera. While this is convenient, Russian President Dmitry Medvedev said the quality isn’t great.

You have to love Medvedev and his usage of emoticons but he’s right about the Galaxy Tab and it’s camera: the thing just isn’t great, so that kind of negates the appeal of it over the iPad. To be fair, the front-facing camera works fine for video calls.

This weak camera on the Galaxy Tab doesn’t appear to be impacting sales, as Samsung has reportedly sold 600,000 units in the first 30 days. That’s actually a decent clip but it’s not as successful as the Apple iPad, which hit the 1 million mark 28 days after it was introduced.

The Galaxy Tab could have a strong holiday season, as it is going to be available on AT&T, Sprint, T-Mobile, Verizon and U.S> Cellular. It will be a stiff challenge though, as the Apple iPad will be getting a strong holiday push and recently got a big-time endorsement from Oprah.

As for the Russian President Medvedev, he seems to be quite a fan of the gadgets. It was only a few months ago where he met with Steve Jobs and received an iPhone 4.

During that same trip, Medvedev also swung by the Twitter offices and toured various Silicon Valley companies. He’s also probably one of the only people who can get away with wearing the LG GD910 watchphone and not get made fun of.

We’ll have our Galaxy Tab review up shortly but let us know what you think about this Android-based tablets in the comments. Feel free to send us your best Tab shots too.

Black Friday: Buy a smartphone, get one free from T-Mobile

T-Mobile announced its Black Friday promotion today and the wireless carrier is going all out with a buy one, get...