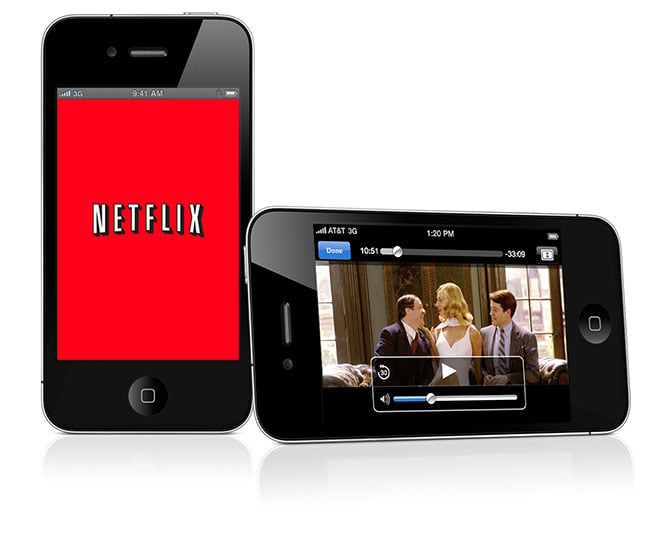 Netflix announced a major change to its subscription plans that should bring joy and some savings to its mobile customers. Starting today in the U.S., Netflix is now offering a non-DVD, streaming-only plan for $7.99 per month. This plan is compatible with supported streaming devices like Roku, Windows and Mac computers, and smartphones running iOS and Windows Phone. It also raised prices on it current DVD and streaming plans by $1 or $2 dollars.

Netflix is not offering any low-cost, DVD-only plans as more Netflix members are watching movies and TV episodes than renting DVDs. This is a trend Netflix expects will continue and the company is focused on improving this streaming service. Netflix is already making great strides in the streaming department and is highly regarded as the leader in this growing media distribution method.

Mobile is the big winner in this move towards streaming. Netflix is now available on multiple mobile platforms including iOS and Windows Phones. An Android version is expected to début on select Android handsets early next year. With each iteration, the movie rental giant has steadily improved its mobile offerings.

Netflix was originally introduced as a way to manage your account and your movie queue while on the go. Earlier this year, Netflix made the leap into mobile streaming and the service now lets you stream movies and TV shows directly to your Windows Phone handsets and iOS devices. The service syncs across platforms so you can get access to your recently watched content on both your mobile device and your home TV or computer.

A renewed emphasis on streaming means bigger and better things for Netflix and its mobile customers. Hopefully, we can look forward to an improved UI, a larger catalog of streaming content, support for larger, tablet-sized displays, and the expansion onto other mobile operating systems such as Android, webOS, and maybe even BlackBerry. Anyone already switch to the new plan?

The good folks at HAND-e-holder sent over their product (along with some awesome accessories) some time ago. Finally, after having...