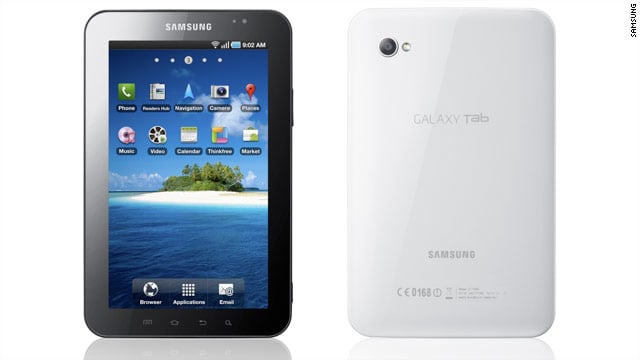 According to a report in The Korea Herald, Samsung confirmed it has now sold 600,000 Galaxy tab devices in the tablet’s first month of sales. The tablet first debuted in mid-October in Italy and is now available in 30 countries worldwide including North America, Europe, and Asia.

According to the report, the Galaxy Tab is popular beyond expectation and demand for the tablet is currently outpacing supply. In its home country of Korea, Samsung has sold a respectable 30,000 units in eight days via Korea’s SK Telecom. At this pace of sales, the manufacturer expects to hit its self-imposed “1 million sold” goal by the end of 2010, a worthy achievement for this so-called iPad-killer.

Here in the U.S, the Galaxy Tab is available from five major wireless carriers including T-Mobile, Sprint, Verizon, AT&T, and U.S. Cellular. The tablet device launched in mid-November with a price tag that ranges from $399 with a two-year contract up to $649 full retail. Early sales figures are not yet available but the tablet has been generally well-accepted by reviewers and consumers alike.

The Korean company typically reports its Q4 2010 earnings in January 2010 and this earnings report should provide some insight into the early success of this device. It will be interesting to see if some of these initial sales are from enthusiastic carriers and retailers who are eager to jump on the tablet bandwagon and offer a competitor to the iPad. Only time will tell if this enthusiasm dampens or increases once the Galaxy Tab lands in the hands of consumers en masse.

Needless to say, the holiday season will be critical one for the Galaxy Tab. Do you have any plans to give or receive the Galaxy Tab this holiday season? If you need more information, check out our hands-on review here for all the details on this hot, new Android tablet.

[Via The Korea Herald]

The LG Optimus M finds its way to MetroPCS this week for just $230, contract free. The Android 2.2 handset...