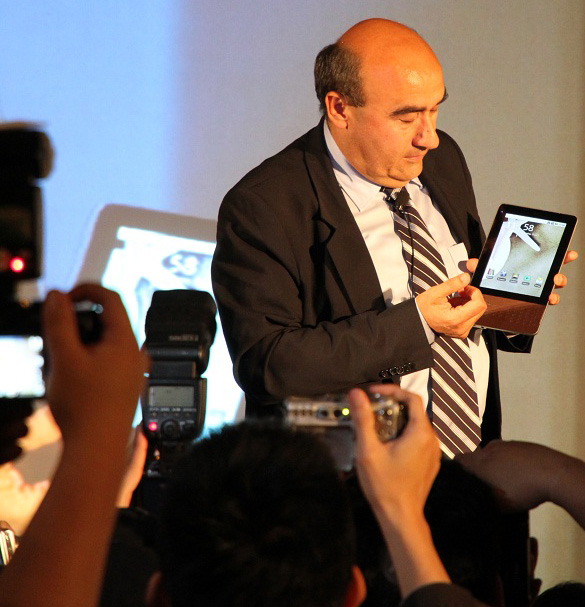 Acer is scheduled to have a press conference in New York today and according to Taiwanese rumor site Digitimes they’re going to reveal a 10 inch Windows 7 tablet and a smaller 7 inch Android 2.2 tablet. Samsung, with their consumer polarizing Galaxy Tab, is finally going to get some competition, but we’ve got to wonder, why are manufactures opting to rush these sorts of half baked products to market when Google themselves have admitted that they’re going to come out with a version of Android specifically tailored for large screen devices? The 10 inch Windows 7 tablet especially, serves absolutely no market, except maybe the medical industry, but they already use devices running Windows Embedded because they’re easier to maintain, less prone to crashes, and since they run on ARM processors they also last all day on a single charge.

Apple is going to have the tablet market to themselves this holiday season. Many operators are refusing to subsidize the Samsung Galaxy Tab, and when a consumer walks into a store and sees both tablets in a store, both at the same price, it really isn’t going to be a question of which one they’re going to come home with. Back to Acer, Digitimes is reporting that there has been some internal strife about whether or not to even announce this Android 2.2 tablet:

“Acer has two internal opinions about the debut of Android tablet PCs, one is to delay the debut until after Gingerbread (Android 2.3) and Honeycomb (Android 3.x) are launched, the other is that an early debut will help compete with Samsung Electronics’ and Toshiba’s Galaxy Tab and Folio 100.”

You build a reputation on building great products, not being first to market. That’s one of the biggest myths that exists today, the first mover advantage. Just make something kick ass, easy as that sounds, and all is well.

Do a search for "Gingerbread" on Twitter and prepare to be jealous at the mass of people who are reporting...