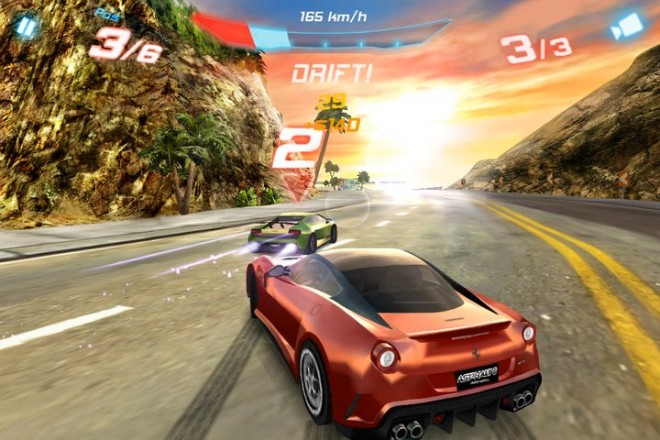 One of Gameloft’s most popular arcade driving series is getting another sequel as the company announced this week that Asphalt 6: Adrenaline will be hitting the iPhone next month, with an iPad release scheduled shortly thereafter.

The teaser trailer that was released by Gameloft shows we can expect much more of the classic Asphalt gameplay mechanics that we’ve enjoyed for years now along with a couple of graphical enhancements that will most certainly take advantage of the iPhone 4’s Retina Display as well as the iPad’s size. Asphalt 6: Adrenaline will feature over 40 licensed vehicles to race with. And for the first time in Asphalt’s series of games, not only will you drive race cars, but bikes will finally be available to race as well. No word if you’ll be able to race bikes vs. cars in Asphalt 6: Adrenaline, so keep those fingers crossed.

No other information besides the teaser trailer and a list of the licensed vehicles has been released at this time. You can certainly expect there will be some kind of single-player race mode as well as multiplayer hopefully over bluetooth, local Wi-Fi, and online Wi-Fi. For now, just enjoy the teaser trailer, screenshots, and list of licensed vehicles that can be found below.