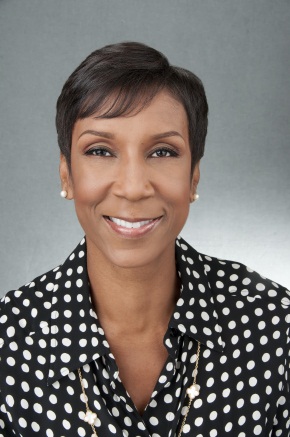 Nokia is looking to seriously get back in the game after a few execs announced their departure this year. Stephen Elop, the company’s new CEO, announced the hiring of Jerri DeVard as the company’s new Chief Marketing Officer. DeVard’s job, basically, is to make Nokia a reputable or cool brand again. Right now, we all know manufacturer needs it after the nasty reviews it received for the N8.

DeVard is a 25-year marketing vet, with relevant experience in the telecom industry – she served as Senior Vice President for Marketing and Brand Management at Verizon from 2003 to 2007.

DeVard started her own marketing consultancy agency, called DeVard Marketing Group and based in New York. As a Principal at the firm, she provided counsel to Microsoft, among other consumer-focused companies. I mention that, of course, because Nokia’s new CEO, Stephen Elop, hails from the Redmond software company.

Clearly Nokia will be in very capable hands when it comes to its future marketing efforts, but it’s going to be an uphill battle ahead. Making the Finnish manufacturer relevant in the U.S. alone will be tough with Apple, Motorola, HTC and Samsung showing strong customer satisfaction ratings.

Currently, DeVard serves as principal at her own marketing consultancy DeVard Marketing Group and will officially be on board with Nokia starting January 1.

While it’s a good, small step for Nokia, it’s going to need a lot more than clever and enticing marketing to save its brand. The N8 failed to make a serious splash against its competitors, and even Steve Wozniak said Nokia was becoming antiquated and needed to appeal to a younger crowd. Marketing is one thing, but better hardware and softare – hopefully MeeGo – will solve those problems.

In the meantime, the new faces at the Finnish company may help just yet. Clearly things weren’t getting done under Olli-Pekka Kallasvuo and some of the folks under him were either unfit or perhaps even stifled by the executive team Nokia had in place.

For now, it will be interesting to see what DeVard has in store for Nokia’s marketing, and I’m actually looking forward to it, too.

Opera, makers of the desktop browser that goes by the same name, has just released the final version of Opera...