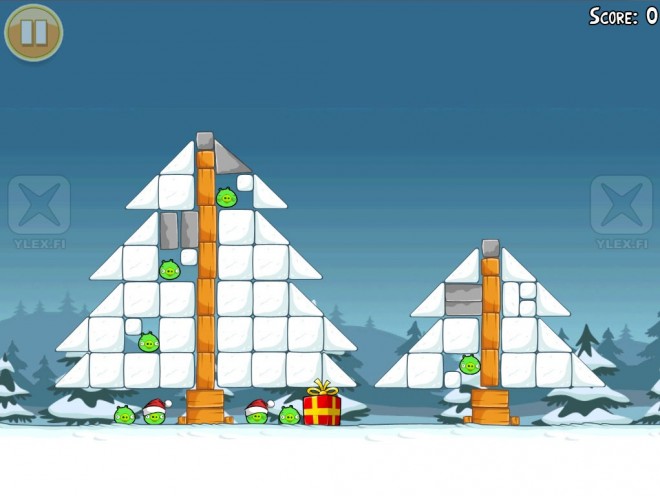 Rovio’s twitter account is an excellent place to find the latest and greatest news about Angry Birds. Unlike many companies that keep information under wraps and use Twitter as a one-way marketing conversation, Rovio is up front about its future product plans and is engaged in conversation with its followers.

The latest series of tweets confirms that Angry Birds is popular among Android fans, all 7 million of them. When the popular mobile game debuted on Android last month, GetJar went belly up for several hours due to unexpectedly high demand. Demand was so great that Rovio was forced to launch the game in the Android Market earlier than planned. 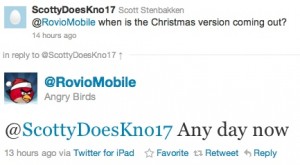 Rovio has taken notice of these 7 million users and has confirmed that Android will receive a special Christmas version of the popular mobile game. This is good news for fans of Google’s mobile OS as Rovio previously left the mobile platform in the dust when it released its iOS-only Halloween edition of Angry Birds. A release date for this Christmas edition was not given but Rovio hinted that it would arrive “any day now”.

Undoubtedly, the Thanksgiving holiday season has slowed the approval process this week and Rovio is waiting on Google and Apple to approve their respective versions of the app. You can bide your time by sipping some eggnog, turning on some holiday music, and checking out our recent game reviews here and here. Before you know it, you will be enjoying some holiday-themed, bird-chucking fun.