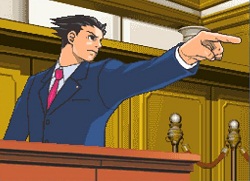 Apple is gearing up for a legal battle with Nokia over mobile patents and the iPhone maker is reportedly beefing up its legal team.

Nokia has sued Apple over various mobile patents and Apple has come back with its own counter suits. This will be the week that the International Trade Commission actually examines the disputes over the intellectual property patent disputes.

According to Bloomberg, Apple is hiring legal professionals with lots of experience battling powerful tech companies:

Apple has hired some of the nation’s top patent lawyers as outside counsel. They include Robert Krupka of Kirkland & Ellis, who negotiated a 2005 settlement in which Apple agreed to pay $100 million to Creative Technology Ltd., maker of the Zen music player; William Lee of WilmerHale in Boston, who successfully represented Broadcom Corp. in its fight against Qualcomm; and Matt Powers of Weil, Gotshal & Manges LLP, who successfully defended the patent on Merck & Co.’s biggest product, the $4.7 billion-a-year asthma drug Singulair.

The move comes as we are in the middle of an explosion of mobile patent lawsuits. This does kind of make sense, as these connected devices are the future of computing and all of the major players want to ensure that they have their positions staked out.

Every single major company in the mobile space is involved in some mobile patent lawsuit: Apple is suing HTC over Android patents, HTC is counter suing Apple, Motorola is being sued by Microsoft, Samsung is being sued by Gemalto, Research in Motion is also be sued and the list could go on for miles.

These lawsuits generally don’t lead to full injunctions where, say, Apple would have to pull all of its iPhones off the shelves if it lost a case. Instead, these cases usually are part of a larger negotiating tactic between companies and wind up with cross-licensing agreements. Of course, that comes after years and years of legal fees.

Grab the T-Mobile G2 for free at Best Buy Mobile

Just because Black Friday is over doesn't mean the deals are. Best Buy Mobile is now offering up the T-Mobile...