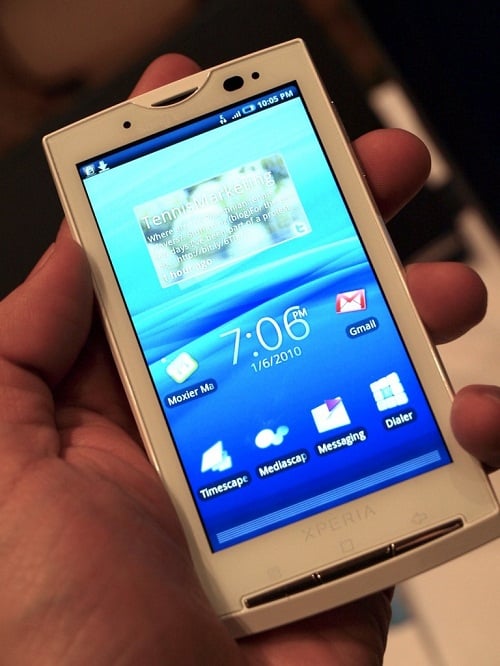 Users who have purchased the Sony Ericsson Xperia X10 on AT&T may be wondering when they’ll get the Android 2.1 OS update and finally rid themselves of Android 1.6, but it looks like they may have quite a bit of time to wait. Who is to blame, though? According to Sony Ericsson, they are pointing the finger at AT&T and their testing methods.

Many of you are aware that we are currently in the midst of rolling out a software update for the Xperia line of handsets. We’d like to take a moment to address your questions about how and why an update is made available.

The second and more impactful factor of the timeline addresses the technical requirements that must be met in order for an update to take place — no matter which country you live in. Unfortunately, we have no control of that timeline factor. Those requirements are provided to us and we work hard to meet and test them as quickly as we can. In the U.S., the testing process is especially rigorous, and can take months to complete, which is why we cannot announce the timing for availability of the X10 update in the U.S. It’s not that we don’t want to; it’s that the timing is undefined until such testing is completed.

We hear and understand your frustration. We too want you to enjoy the most out of your Sony Ericsson products. We promise to keep you updated on where we are in the process moving forward as more information is ready to be made public. Please stay tuned to this Facebook tab!

So while SE didn’t call AT&T out by name, the carrier is the only one who offers the Xperia X10 in the US. While it’s good that a carrier wants to make sure than a software update is as perfect as possible, SE is getting the brunt of the fallout related to the delayed Android update, and not the carrier. So, it makes sense that Sony Ericsson once to set the record straight. Once the carrier is done testing the software, only then can it be sent out. It’s just too bad that the X10 likely won’t be able to receive the Android 2.1 update until next year. And, what about Froyo? Forget about receiving that update anytime soon.

So if you’re a Xperia X10 owner, you may be kicking yourself a little right now, but how could you have known that AT&T likes to take their sweet time with testing? What’s more frustrating is that the update that people are waiting for isn’t the most recent, and soon, will be two versions behind. Gingerbread is said to address the custom UI issue that delays updates, but it probably won’t aid in an annoying long testing process done by the carriers.

So what’s up, AT&T? Hurry up already!

If you just can’t wait for some sort of update, why not try to install a buggy version of stock Android 2.2?

Some snooping around the FCC site has given us a glimpse at yet another Android tablet, and this time is...