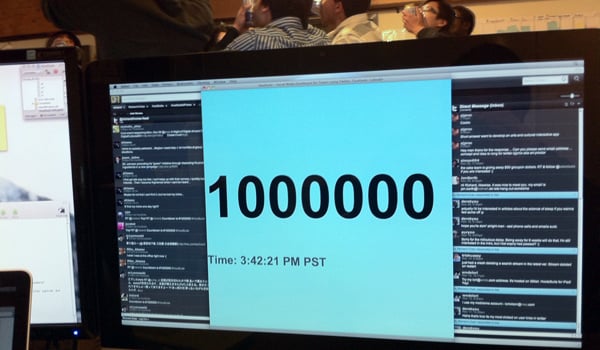 Popular social networking service HootSuite announced that it has reached one million registered users. To celebrate this momentous event, HootSuite gave away an iPad as part of a Twitter contest and put together an infographic that details the growth and usage of its service. 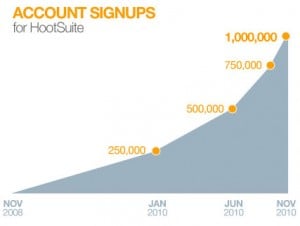 Among all the facts and figures presented in the infographic, HootSuite’s climb to this one million figure is the most interesting. HootSuite was founded in November 2008 and climbed slowly to 250,000 users in little over a year. From January 2010 to November 2010, though, interest in the service exploded. During these intervening months, HootSuite’s subscriber base almost quadrupled in size, a jump that reflects the growing interest in social networking.

The infographic also reveals that most subscribers use HootSuite to post to Twitter (61%) and Facebook (27%) which is not surprising as the pair are the dominant social networks. The majority of people using HootSuite also prefer to use the web-interface (68%) instead of the mobile interface (10%), a surprising trend that may be reversed with the debut of HootSuite’s free mobile apps for the iPhone, Android, iPad, and BlackBerry.

For those that want to see the why, what, and how of HootSuite’s subscriber base, the infographic is available in its entirety on the next page. Enjoy!

It's Cyber Monday and Verizon has quickly jumped on the social networking train and bought #CyberMonday from Twitter. It's the...