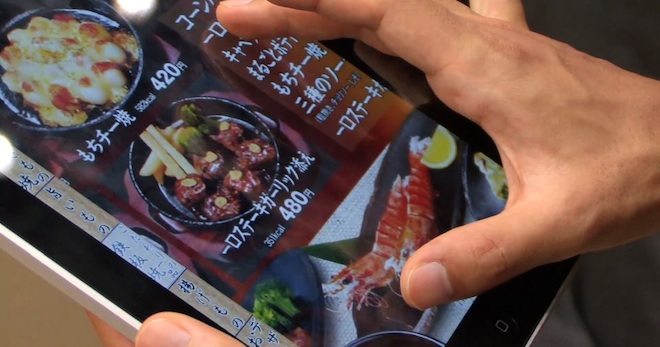 Japanese operator Softbank, who has exclusive rights to the iPhone for the small island nation in much the same way that AT&T has a death grip on the iPhone in America, will soon begin offering Apple’s iPad for free with a 24 month contract according to mocoNews. This isn’t the WiFi iPad either, this is the model with built in 3G internet access, and with Japan having some of the best mobile networks in the world, you’ll be able to use this thing whether you’re in the bathroom after eating bad sushi or in an underground night club bellowing out horrible karaoke. You’ll have to dish out 4725 Japanese yen per month or roughly $56, so for the life of that contract that comes out to $1344, which when you think about it is very reasonable. A normal 16 GB iPad with 3G sells for $630 before tax (shipping is free) in America and unlimited data is $30 per month on AT&T; that’s $1350 spent over the course of 2 years. No word yet on how much data consumers will be allowed to consume per month, but again, this is Japan, so it’s likely to be unlimited.

Operators in America, the UK, Japan, and not too many other nations, have historically offered mobile phones with a subsidy. In recent years we’ve seen laptops with built in 3G access become subsidized, but that market hasn’t picked up since consumers would rather bring their own computer to the network and instead pay for either a WiFi portable hotspot or USB modem. Are tablet poised to become the next big product category that gets operator support? The Samsung Galaxy Tab is being sold for a discount with a 2 year contact, but it isn’t free, and while AT&T isn’t subsidizing the iPad yet, we may see that happening in 2011.

I’m all for giving people a choice of device and would rather see someone pay full price for hardware than stick with a handset/tablet/computer they don’t like just because they need to fulfill their 2 year contract. It would make the mobile industry move so much faster if either subsidizes were eliminated all together or contracts lengths shortened to 12 months.