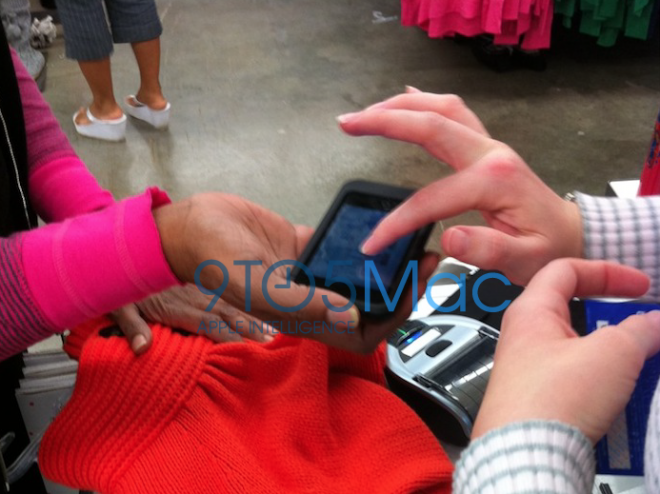 Apple is reportedly demoing an iPod-based point-of-sale system in select Old Navy stores during the holiday season.  The system uses an iPod touch as a mobile terminal and is similar to the EasyPay POS system now used in Apple’s retail stores. It is reportedly being bundled and re-branded as “ZipCheck” by the Cupertino company. Rather than make customers wait in long lines at a typical cash register, the POS system lets store employees checkout, accept payment, and print receipts for customers on the fly using the iPod touch and wireless printers positioned around the store.

Apple has had a lot of success with EasyPay within its own retail stores and is apparently looking to capitalize on this success. The system is almost a shoe-in to succeed. It has a proven track record as shown by its usage in Apple stores and is supplied by a reliable name known for its innovative technology. It also promises to decrease customer lines at checkout registers and is easy for employees to use. Win. Win. Win.

Other competitors offer similar credit card processing systems that work with the iPod touch and the iPhone but they lack the consumer confidence that is associated with the Apple name. The average consumer may be hesitant to checkout via a mobile processing system but once the store employee drops the Apple name, most customers will breathe easy and willingly hand over their credit card. Other third-party systems lack this name recognition and, as a result, are at a distinct disadvantage.

Needless to say, the system presents a huge revenue opportunity for Apple, especially if the Cupertino company adopts a per transaction pricing plan. Imagine the potential influx of cash if all the major retailers began to adopt this system and pay pennies per transactions. When I consider the potential, wow is the phrase that comes to my mind.

UPDATED: A source familiar with the Old Navy point of sale system reached out to us to let us know that this system is not provided by Apple. The source article on 9to5 Mac suggested that this was an Apple POS, but that statement is not entirely accurate. Obviously, Apple hardware is involved but Apple is not in the business of selling mobile retail solutions such as this.
[Via 9to5 Mac]