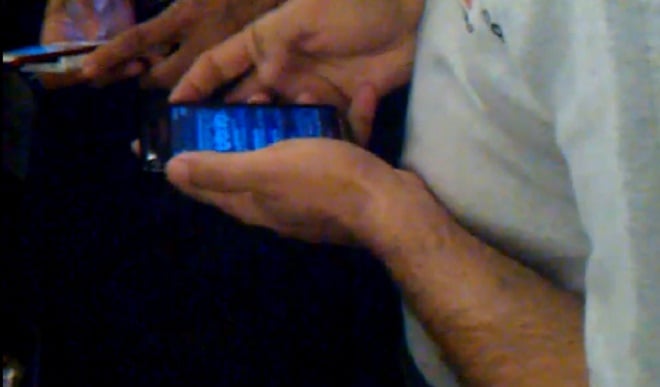 We’re all pretty excited about the upcoming PlayStation Phone and now a tech blog out of Greece has some supposed spy footage of the device in action.

As you can see from the video below, the device in question could definitely be a PlayStation Phone made by Sony Ericsson because it kind of looks like an Xperia X10 but slightly bigger. The video is a little blurry and we also don’t get to see the slide-out joypad which will make this a PSP Phone.

Still, if this is the PlayStation Phone (PSP), it’s pretty darn exciting and it means that the device might be coming soon. We’ve already heard that it could be released as early as February, which could mean the handset is introduced at CES in early January.

What should we expect? Well, earlier leaks indicate that it will have a 1 GHz processor, 512MB of RAM, 1GB of ROM, and the screen is in the range of 3.7 to 4.1 inches. It will be powered by Android Gingerbread and it should be able to download exclusive games from Sony’s online services.

There are still a lot of questions about a PlayStation Phone powered by Android though. The device will have to have the Android Market on it but will other high-end Android phones have access to the PlayStation games? While that may sound ridiculous at first, other companies like Amazon and Verizon are creating their own app stores on top of Android, so it’s not out of the realm of possibility for Sony to do the same.

These PSP games probably wouldn’t work well without specialized hardware but Sony could have some sort of partnership with other handset makers to make certain devices PSP-ready. I could also see the company just retain exclusivity as a main selling point.

Check out the video below and let us know what you think.