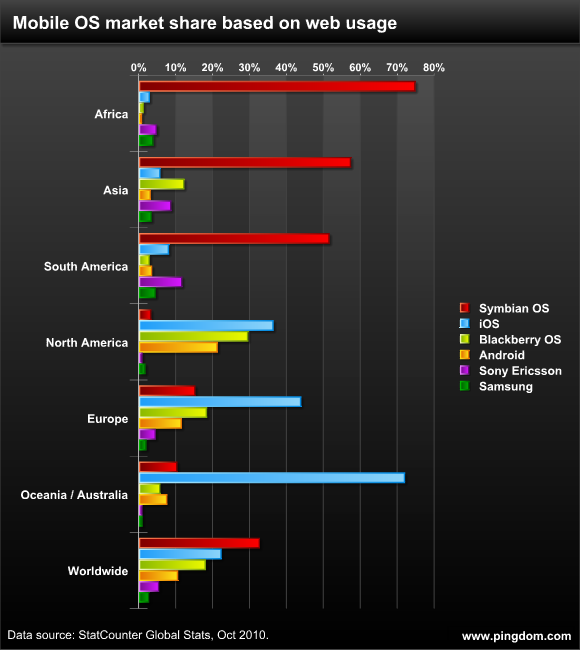 Web analytics firm StatCounter has teamed up with the folks at Pingdom to produce a series of charts and compile a set of data about which smartphone platforms are popular and where. The data collected turns over some of the assumptions I had, such as RIM’s BlackBerry platform. You’d think it was the most popular platform in the United States or Canada, right? The correct answer is the Dominican Republic. Here are some more figures:

There’s a bunch more data on Pingdom’s site and if you’re a data junkie like me then you’ll want to read their article from top to bottom.