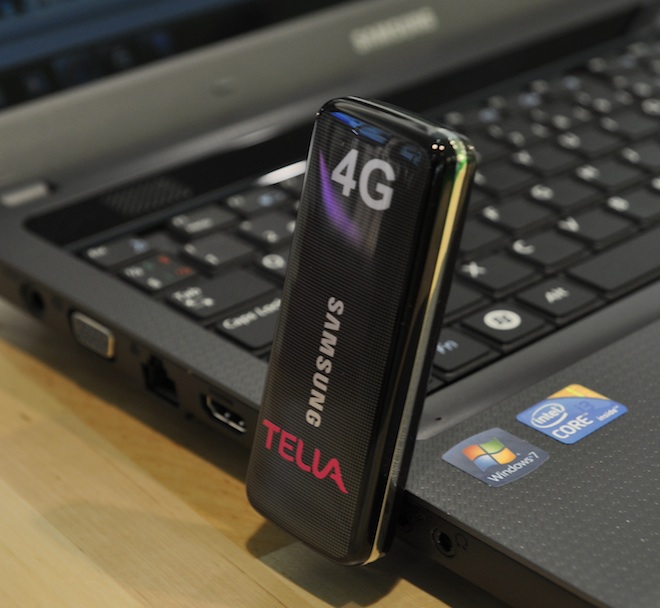 One whole year after TeliaSonera launched LTE in Sweden and Norway they’ve finally brought it to the country I call home: Finland. The service works using the 1.8 GHz and 2.6 GHz frequencies, which are not in line with European Union recommendations. The EU says that they’d like to see the entire continent using the 800 MHz band by the start of 2013. It isn’t a surprise to see TeliaSonera using the 2.6 GHz band however since that’s what they used in both Sweden and Norway. Speeds should hit between 20 Mbps and 80 Mbps, which is sort of like saying the cable guy is going to come visit your home between 9 in the morning and 5 in the afternoon. You’ll have to shell out 46 Euros a month to get access to this LTE network, and you’ll have to sign a 2 year contract on top of that. Why? You’ll get a free Samsung modem that can do LTE, 3G, EDGE, and even GPRS should you find yourself in a remote region of the country.

Coverage right now is limited to the cities of Turku and Helsinki, but that’s set to expand dramatically rather quickly. Those wondering what the service is called will be upset to hear that TeliaSonera is slapping the 4G sticker on this service even though the ITU (International Telecommunications Union) has said that only WiMAX 2 and LTE-Advanced are worthy of that name.

Unlike Elisa, TeliaSonera’s competitor and the largest operator in Finland which has unlimited speed across all their data tiers, you just pay more for more speed, TeliaSonera’s LTE service has an uncapped speed, but you’ll be limited to 30 GB per month. Considering TeliaSonera recently revealed that their average LTE customer does 15 GB a month, that should be enough for plenty. What happens after you hit 30 GB? That hasn’t been revealed. Maybe they don’t even think that’s possible. They obviously haven’t seen how many external hard drives are in my closet.

Multitasking, AirPlay and better handling of HTML5 weren't the only things included in Apple's recent update of iOS to version...