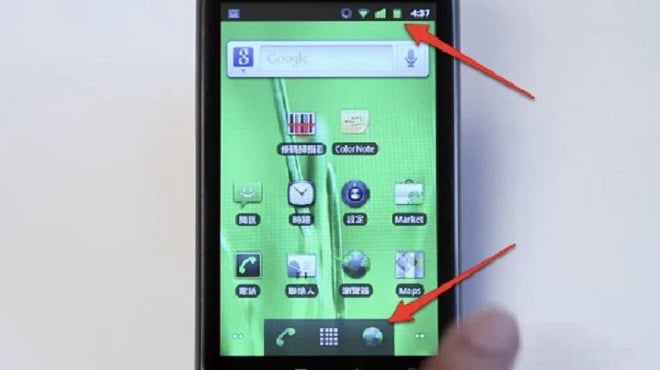 We all know that Android 2.3 Gingerbread will bring some user interface improvements and Google has released a video which shows us what this will entail.

The video below is from the Hong Kong branch and it is showing off Google Voice Search. It’s not a massive overhaul – we weren’t expecting this from a .X update – but it looks like Google will be adding a few nice tweaks.

First of all, the Android 2.3 Gingerbread should bring some new icons to the status bar. It’s nothing crazy but the battery, signal and WiFi indicators look a little more stylish. There’s also some re-done buttons in the settings menu.

This isn’t the first time we’ve seen the UI tweaks in the upcoming Android Gingerbread update, as the lock screen will also be getting a new animation. The Google Maps update also shows a few visual changes that should permeate the whole operating system soon.

Of course, perhaps the most important feature of Android 2.3 Gingerbread will be its support for NFC technologies. This should make it possible for the little, green robot to become a mobile wallet and the Samsung Nexus S should be the first smartphone which will be able to take advantage of this.

We’re still waiting on when Android 2.3 Gingerbread will hit the streets, as it seems like we’ve been waiting a long, long time. There are reports that it will hit Dec. 6 but earlier reports have been off too. Google CEO Eric Schmidt said it should be coming out in the next couple weeks, so let’s hope it’s sooner rather than later.

We also don’t know which phones will get the update, but you can be sure that the Nexus S will get it. If history is anything to go by, the Nexus One will also be one of the first devices to get the update.

[Update] It looks like Google has removed the video from YouTube after all the attention. That’s a good sign that this is legit. Hopefully, it won’t take too long to confirm. Right, Google?