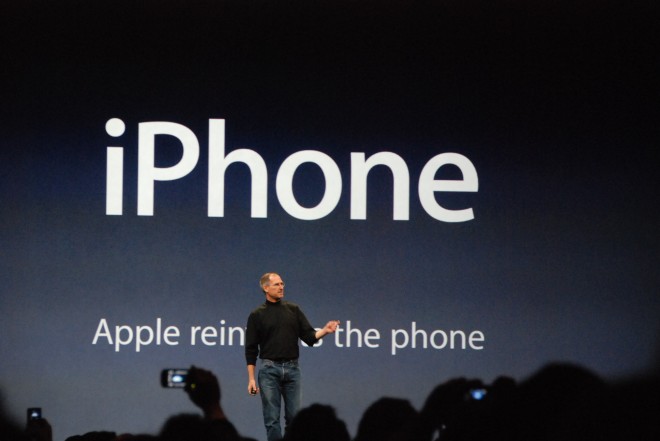 We all know that Apple is already working on the followup to the iPhone 4 and analysts are already speculating that the iPhone 5 will have a pico projector and access to live TV. I think these are both nonsense predictions for multiple reasons.

Analyst Brian White with Ticonderoga Securities is not outright saying that the pico projector and live TV will be in the Apple iPhone 5 but he’s strongly suggesting that this will be an attractive feature to have.

“Watching local TV stations on a smartphone could be an attractive option for some consumers,” White wrote in a note to investors, according to Apple Insider. “Additionally, an embedded pico projector allows users to project a slide presentation or video on a wall or other surface in large size, which makes sense for the iPhone 5 in our view, as Apple seeks to expand the features in the next-generation iPhone.”

Pico projectors allow you to blast out your phone’s display on a wall or screen and it has been on a few smartphones so far. A company like Microvision could be tapped for the next iPhone 5 and the rumors have actually sent its stock upwards.

Still, I’m not sure a pico projector is the path Apple would want to go with its iPhone 5. The idea of blasting an iTunes movie on to a large wall seems cool but it doesn’t necessarily fit with how the company wants users to share content. I’d imagine it would rather push its AirPlay standard to share content.

Similarly, I don’t think it will enable live TV because this could be a major competitor to iTunes. Additionally, if you’re getting TV signals from over-the-air sources like what the Open Mobile Video Coalition is pushing, then you’ll need a rather bulky external antenna. I wouldn’t hold my breath for that with a new Apple iPhone.

Earlier this week, Apple pulled the Manhattan Declaration iPhone app from the iTunes app store for offending large groups of...