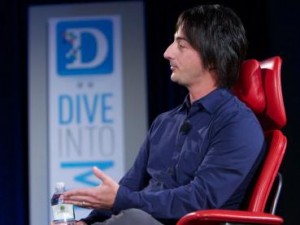 Windows Phone 7 has been on the market for close to a month now, and Microsoft has decided to hold back on sales numbers so far. After being asked by The Wall Street Journal’s Walt Mossberg during the D: Dive Into Mobile conference for figures, Microsoft VP for mobile Joe Belfiore said that it’s “too soon” to discuss sales numbers. Naturally, this raises a lot of questions and some speculation.

Is it really too soon to discuss Windows Phone 7 sales figures?

Apple certainly doesn’t have any problems throwing out weekend sales numbers or monthly figures. We all know that Samsung sold a million Galaxy Tab Android tablets during its first month, and many didn’t think it would sell so well – myself included. So what’s the deal with Windows Phone 7 and Microsoft?

It’s pretty clear that speculation regarding lackluster sales might be true, especially since Microsoft admitted that it would take a few years to get back on top. In the mobile industry, a few years is basically an eternity: take a look at where the mobile landscape is now and compare it to just three years ago when the iPhone was an infant in the market.

When Windows Mobile was fading into oblivion, and it was clear that Symbian wasn’t even in the running as a serious operating system – hence all the shuttering down as of late – iOS and Android picked right up, and nothing is going to stop their momentum as far as we can see. The general consensus on Windows Phone 7 is that it’s a platform with a lot of promise, but still needs a year or two to really mature into a feature-rich and attractive platform. Support for third-party applications continues to grow, but is it picking up steam fast enough?

While Microsoft has a long-term game plan for success, it’s going to be a difficult uphill battle. That’s just the nature of the mobile space, and iOS, Android, webOS and MeeGo aren’t going to make it very easy. And though I wasn’t the biggest fan of Windows mobile in the past, I am hoping that WP7 takes off in a big way — the market needs more serious contenders.

We could see Verizon Wireless 4G LTE smartphones as early as February but the company is still trying to decide...