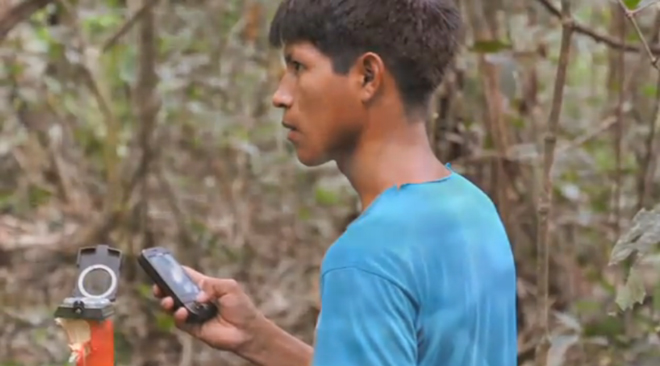 Google recently announced the Earth Engine, which is attempting to compile historical and real-time satellite imagery to paint a picture of deforestation and environmental damage around the world. As a part of the project, Google is training and equipping the Surui tribe in the Amazon rainforest so they can take pictures, video, and measurements of the forest and update a public database with the changes happening around them. With that data, research and administrative partners can take appropriate action.

This is a pretty awesome use of cloud computing, though I do wonder how they’re pulling this stuff off with a G1. It’s possible they’re only using it for geotagged pictures and video, and the bulkier handset (which presumably has a satellite connection) for actually uploading data.

Although the Google Earth Engine has a lot more to do with analyzing sciencey data and satellite imaging, the fact that mobile can contribute right from the ground level shows that these things we mostly view as toys can be used to implement real and important change.

Head on over to the Google Earth Engine to see what kind of data they’re collecting and sharing.

Android smartphones are the biggest network hogs according to new study

As Android market share rises, the devices that support the Google platform are also becoming the most data-intensive, according to...