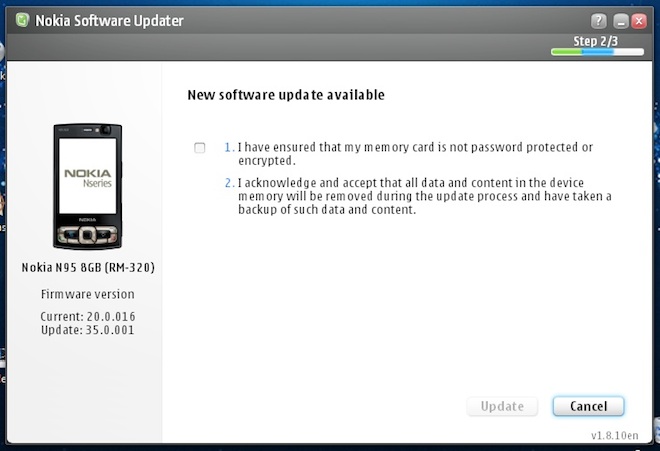 According to IDG News, who sat in on a presentation given by Nokia Senior Manager Gunther Kottzieper at the 2010 International Mobile Internet Conference in Beijing, Nokia is planning to do the following things over the next 12 to 15 months: In Q1 they’ll release a software update for their Symbian^3 devices that features an improved user interface for the web browser. That’s actually not news. What is news is that in Q3 or Q4 Nokia will rip the browser out from the operating system and make it upgradeable, similar to how the browser on your desktop updates irrespective of the operating system you’re running. There will also be “a new look and feel for the user interface”, including “a more flexible home screen”, featured in that Q3/Q4 firmware update.

On the hardware front Nokia said that they’re going to release devices with 1 GHz processors and more graphics memory during Q2 or Q3 2011. For Q4, but more likely Q1 2012, Nokia plans on introducing devices with dual core processors and real optical zoom, similar to the type found on dedicated point and shoot cameras. We’re likely to see dual core Android based devices hit the market in the first half of 2011, so the Finnish giant is once again going to be playing catchup.

And that’s it. Excited or are you bored silly again since you’re tired of Nokia explaining their vision of the future with beautiful PowerPoint slides, while the boys over at Google and Apple actually throw engineers at making said vision a reality? Don’t forget that in the second half of 2011 we’re supposed to see a totally new user interface, unlike anything we’ve ever seen before, be released for MeeGo. By the end of 2011 who knows what iOS, Android, or even what Windows Phone 7 or webOS will look like. It’s too soon to call Nokia a total loser, but it’s getting close.

Surprise of the Century: Nokia delays their flagship E7 smartphone to “early 2011”

Nokia announced a successor to the highly popular, and insanely expensive, E90 at Nokia World back in mid September of...