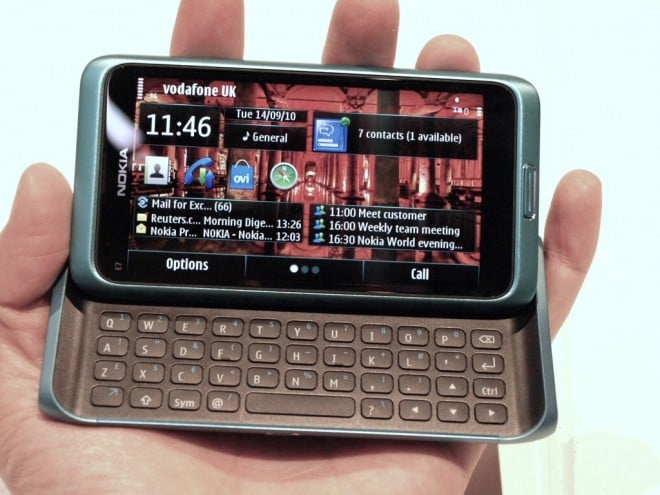 Nokia announced a successor to the highly popular, and insanely expensive, E90 at Nokia World back in mid September of this year. Today, exactly 3 months after the announcement of the E7, they’ve told Reuters that their highly anticipated smartphone is no longer shipping by the end of this year, but has instead been delayed to “early 2011”. Not even a month was mentioned, so this can be anywhere from January to March, otherwise they may as well have just said “Q2 2011”. Is this really a surprise? The N8, Nokia’s first Symbian^3 device, was announced in April, shipped on the last day of September, and finally reached stores at some point in mid October. What happened? Isn’t this the company that owns such a large chunk of market share because of their skills in logistics and supply chain management?

“This rounds out a miserable year for Nokia with regards getting the new generation of Symbian phones out the door,” said Ben Wood, Research Director at CCS Insight. We couldn’t agree with him more. Nokia needs to be like Apple and HTC who announce products no more than a month or two before making them available. With the life cycle of flagship products no longer hitting 2 years, instead barely lasting 10 months, you can’t have these long lead times between teasing the public with new gear and getting money out of their wallet.

Have you pre-ordered the E7? Are you going to cancel your order and pick up something else? Maybe the Nexus S or maybe you’re waiting until Mobile World Congress in February?

Many investors are still wondering why Nokia coughed up over $8 billion for NAVTEQ over 3 years ago, was it...