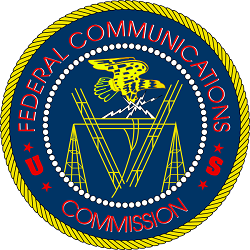 The Federal Communications Commission is set to auction off 16 licenses for the 700 MHz spectrum in 2011 but the move isn’t expected to be as relevant as the last one.

The FCC expects to raise at least $1.42 million from the auction, which is minor earning compared to the more than $19 billion that was raised in the 2008 700 MHz spectrum auction. The reason for this is that the upcoming auction won’t have spectrum which is as attractive.

The good news is that if a major carrier does wind up snatching up some of these licenses in your area, you can expect better coverage in the near future because the 700 MHz spectrum has long been considered “beach-front property” because of its ability to penetrate walls.

This is why I’m so excited about the Verizon 4G LTE service, as it uses 700 MHz around the country and should provide consistent service indoors. Sure, the 6-8 Mbps and low latency help but the spectrum is also a killer feature which I think we’ll hear Verizon crow about more in the future.

By comparison, Sprint’s WiMax 4G uses different bands and while it can still deliver good performance in many areas, I’ve found that the in-door service can be very poor. While that may not matter much if you use your EVO 4G for mobile data on the go (and use WiFi in your house), I’d like to be able to get better service in my house.

The FCC auction filed a notice of proposed rulemaking and comments are due Jan. 12, with replies due Jan. 27. We can look for the auction in the second half of the year.

Remember the so-called Google Music service which was supposed to finally make Android equal to the iPhone when it comes...