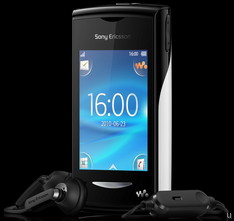 It looks like Sony Ericsson has some problems with the touch-based Walkman UI that should be featured in the Yendo. Dutch mobile news site NieuweMobiel received an official word from Sony Ericsson’s Ben Padley who said that the release date has been pushed back because of dissatisfaction with the handset’s software.

As you may know, the Swedish-Japanese handset maker had offered few touchscreen Walkman phones before like Symbian UIQ-powered W950 and W960, but Yendo is designed as a different beast. It’s made for folks who don’t like sometimes overwhelming features of today’s smartphones, but rather look for an easy solution that combines media player and phone in a single device. Moreover, the same crowd should supposedly love touch-based interfaces, while denying paying a small fortune for the benefit. That said, there are already quite a few such products available on the market, most notably those made by Samsung. But these lack the Walkman branding, which Sony Ericsson wants to capitalize on.

Anyway, we’re hearing that Yendo will finally hit the store shelves at some point in February next year. In other words, we expect to see it shining at the upcoming Mobile World Congress in Barcelona…

Two weeks after we covered the Acer beTouch E140, the Taiwanese company officially announced the device in the UK. As...