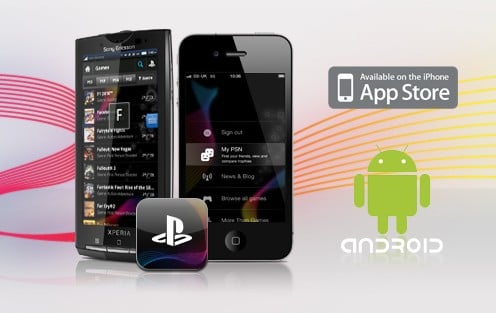 The dudes over at Sony have announced that they’re going to have an official PlayStation app for Android and iPhone launching hopefully before the holidays. With it, you’ll be able to see your PlayStation Network friends that are online, gloat over your trophies, and read up on new games which you can then share through Facebook, Twitter, or e-mail. There are still a lot of features that PlayStation owners would like to see, like live chat with friends who are online, but this is a good start. Sadly, the app is only launching in Europe first: UK, France, Germany, Spain, Italy, and the Netherlands. Also, they have no immediate plans to support BlackBerry, and I have a feeling webOS will be left out too.

Sony Ericsson has been talking a lot about tying their phones in closer with their gaming console, and this is no doubt the first step. Windows phone is setting a high bar for coupling big screen with small screen by way of native Xbox functions on their handsets, but the war is far from over. Unless Nintendo decides to make a phone any time soon, Sony and Microsoft are uniquely positioned for console/phone gaming communication. LG and Samsung could definitely work their magic directly with TVs in the long run, but that’s still a ways off from being commonplace.

We’ll let you know as soon as the PlayStation app for iPhone and Android go live.

Skyfire has proven that users do care about Flash, and its iPhone app sales continue to reinforce that fact. Thankfully,...