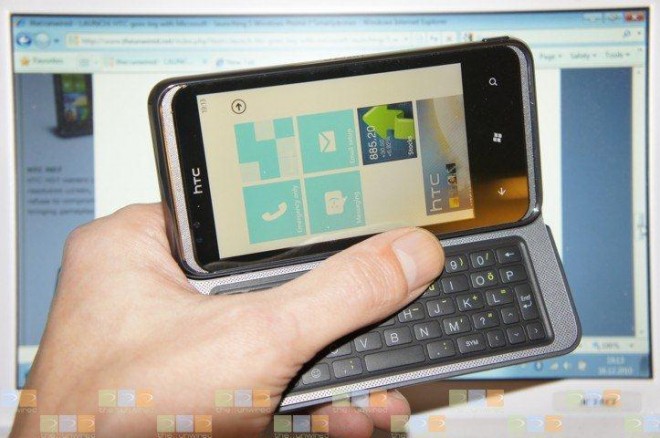 Sprint was supposed to get a keyboarded version of the HTC HD7 Windows phone, but we really haven’t heard much about it since October. The device is indeed still in the pipe, as proven by this shot of the live device. A European launch of the 7 Pro is expected early next year, presumably with a CDMA North American version available shortly thereafter.

HTC has confirmed that it’ll have a 1GHz processor, 5 megapixel camera capable of 720p video, 576 MB of RAM, have a 3.6-inch WVGA display, 16 GB of built-in storage, and the usual amenities like Wi-Fi, GPS, and 3G. As for the OS, you can check out our impressions of the overall experience over here. I just finished spending some time with the LG Quantum, which looks like it’ll be the 7 Pro’s sole competition when it comes to Windows phones with landscape keyboards.

For more info on the device, check out HTC’s info page on the 7 Pro.

A few weeks ago there were murmurs that there would be an official WordPress app for Windows phone, and on...