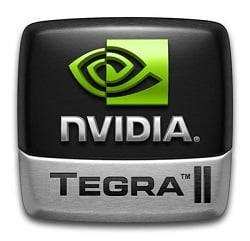 Citigroup’s Glen Yeung says that Samsung just placed a massive order of the dual-core Tegra 2 processor and it expects this to power the next-generation Galaxy Tab. This is quite odd to me because Samsung is also producing its own dual-core chip called Orion but perhaps it couldn’t get production up to snuff in time.

If it’s the Tegra 2 or the Orion, the next-generation Galaxy Tab is shaping up to be quite a beast of an Android tablet. Samsung is preparing 7-inch Super AMOLED screens to power these products and, as we’ve seen with the Galaxy S lineup, these produce some amazing colors and are quite vibrant.

Even if it’s not in the Galaxy Tab, the Tegra 2 is still poised to power multiple Android devices in 2011. Reports suggest that Google is making this chip the reference design for the upcoming Android Honeycomb platform. This will give the chip a leg up against the competition as it could potentially be easier to optimize this software for smartphones and tablets running Tegra 2.

I cannot wait for the LG Optimus 2X, which will be the world’s first smartphone using the NVIDIA dual-core chip and the future looks bright for tablets running these devices as well. We’ve seen some benchmark tests on Tegra 2 devices with Android and these blow away the competition. We can look forward to higher performance and even better battery life with these types of devices.

What’s the big deal about this dual-core chip? Well, check out the video below for a brief demonstration about what this can do for your devices.

Although it's kind of hard to tell, this is apparently the HTC Desire HD, and it's heading to Telus sometime...