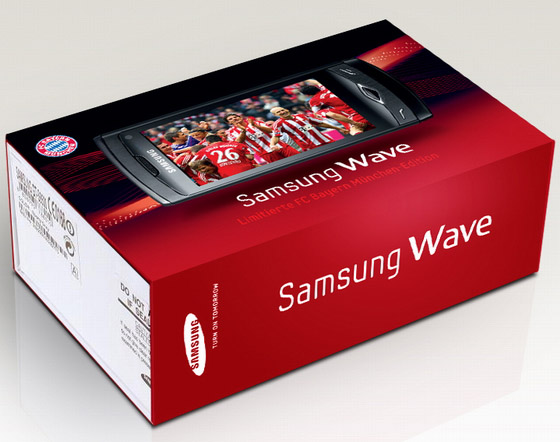 Samsung is launching a special version of its Bada-powered Wave smartphone. The Korean company has teamed up with Germany’s most successful football (soccer) club, FC Bayern Munich, to launch the Wave Bayern Munchen Limited Edition.

In addition to the special packaging (pictured above), Samsung has also bundled some Bayern Munich-branded mobile apps and content. Included in the deal are the Bayern Munich app and free access to T-Mobile’s “LIGA total!” mobile TV service for three months. Moreover, there’s a 65 EUR voucher which can be used for buying gifts from the Official FC Bayern Munchen Online Shop.

As for the pricing, the Samsung Wave S8500 Bayern Munchen Edition should be available across Germany for 429 EUR.

Finally, before I let you go, it’s nice to mention this isn’t the first sports-themed Samsung device. The handset maker also offers the Galaxy S and Galaxy Apollo Ajax Editions in the Netherlands, as well as the Player S556 Anelka Edition in France.

Google's Nexus S, their flagship smartphone meant to show off what Android 2.3 Gingerbread is capable of delivering when it...