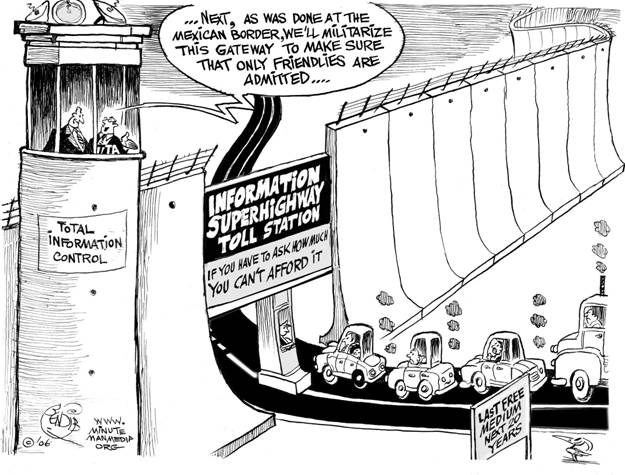 Today the FCC discussed the future of the open internet, and how service providers will be able to control access and speed of access to particular sites, services, and apps – policies collectively referred to as “net neutrality.” Google and Verizon have a vested interest in wireless internet, and together defended it as separate from traditional broadband, a move which mostly just slowed down the FCC and irked them. Regardless, as a result of the long discussions, the FCC has just created a new committee to monitor net neutrality issues, and are implementing six core guidelines in their future administration and protection of internet laws.

The FCC has put into place 6 core guidelines that should help shape inevitable net neutrality laws in the near future. These guidelines are intended to:

Upcoming FCC rulings made as a result of these guidelines may protect the net neutrality of wireline internet access, but carriers may also get some protection for curating wireless traffic in order to manage limited bandwidth. Carriers won’t have the ability to ban specific sites or competing voice and video apps on mobile, but it would be easy enough for them to claim such services are too data-intensive to fully support. On standard internet access, big players like Netflix currently pay Comcast a regular fee to be allowed to run over their network, presumably because of Comcast’s impending acquisition by competing NBC. On the plus side, it seems like these guiding principles would work in Netflix’s favour if anything went to court.

If popular mobile apps could be dialled down in connectivity for competing with the carriers they run on, the disparity between fully-connected apps and those that have been throttled would be readily apparent, especially with 4G right around the corner. I suspect carriers won’t be able to pull it off without drawing significant attention, but if app developers are forced to pay their dues like Netflix in the name of counteracting the cost of high data usage, the FCC rulings may actually detract from wireless net neutrality rather than protect it.

The FCC’s explicit support of tiered pricing for faster internet access (think WiMAX, LTE, and HSPA+) is a bit of a kick in the teeth of consumers, but does encourage service providers to spend the money necessary for those infrastructure upgrades.

The FCC is trying to move forward in the spirit of an open internet, but U.S. Senator Al Franken doubts the legitimacy of that sentiment. Personally, I’m going to hold off on passing judgement until specific laws get passed based on this new foundation. Where do you guys stand? Do you think the FCC will act in the public interest as they claim, or will their flexibility work more heavily in corporations’ favour? And even if it’s the companies that have more to gain from this situation, is that a bad thing? More successful companies mean more jobs and better products, right? One way or the other, does the FCC even have jurisdiction over these kinds of things? Many don’t think so.

Be sure to read the FCC chairman’s full statement here.

Verizon LTE SIMs could be carrier-locked

SIM card manufacturer Gemalto confirmed that wireless carriers can lock LTE SIMs, forcing them to be used with specific plans...