HTC, looking to grab as much attention as they can before the Consumer Electronics Show taking place in Las Vegas next month and Mobile World Congress in Barcelona the month after, has started leaking images of their own devices to various media outlets. So far Gizmodo, CrunchGear, AndroidCentral, SlashGear, and Engadget have received images that don’t necessarily reveal the whole device, but show enough to get our mouths watering. We’ve yet to get anything in our inbox, so it’s going to be a grumpy day at the office.

What can this handset be? Since a photo of a microSD card slot was “leaked”, then it’s obviously going to run Android and not Windows Phone 7. It looks like a Desire Z, otherwise known as the T-Mobile G2 in America, but without the keyboard. PocketNow is saying that it’s the Incredible HD and that it features LTE … but we think it’s too early for LTE handsets to be talked about.

Whatever this thing ends up being, we’ll be sure to bring you the latest coverage once we know more. It’s a bit odd that HTC is going about talking their new device like this, but we understand what they’re trying to achieve. At Mobile World Congress you’ve got at least five handset makers each announcing at least two to three devices, so making your hardware standout is a monumental task. We’d like to think that the above photographed device is the first dual core handset from HTC and that it’ll support T-Mobile’s 21 Mbps HSPA+ network, but you never know.

Any guesses? Thoughts about this public relations stunt? Wishes you’d like to tell HTC? Chime in on the comments below. We’re going to be contacting some of our people on the inside to see if we can get some more images that will be exclusive to IntoMobile. 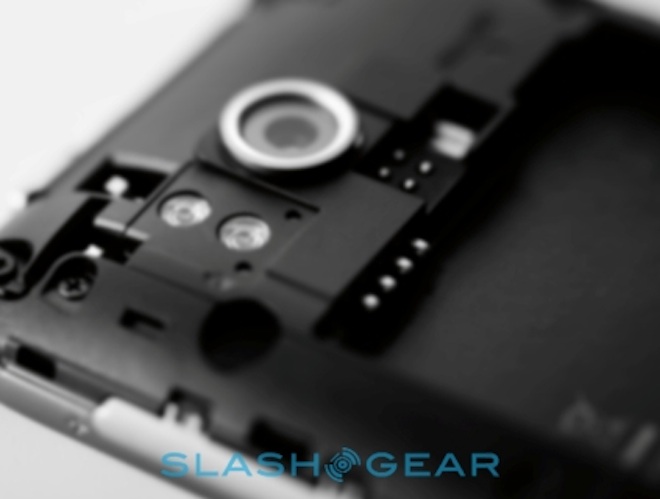