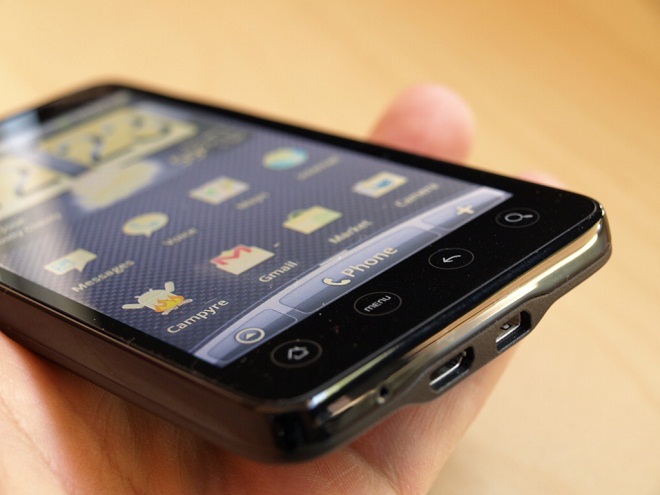 Radio Shack is having another cool smartphone promotion, as the retailer is offering the Android-powered EVO 4G for $99 when you trade in a phone and sign a new contract.

The promotion will run through Christmas day and it’s unclear if you can just bring any old phone in off the street. Still, if you’ve been looking to upgrade your feature phone, the HTC Evo 4G is a nice device to get you started in the smartphone game.

The handset sports a massive 4.3-inch screen and it is the first smartphone which can take advantage of Sprint’s WiMax 4G network for faster mobile data. That capability means you have to pay an extra $10 a month for service but most shouldn’t mind that if you have 4G in your market.

The device should have Android 2.2 Froyo now and it includes all the high-end features you’d expect like a front-facing camera, WiFi, Bluetooth, GPS and more.

According to our review:

So, does Evo live up to its striking good looks, killer feature-set, and the promise of a multimedia dream come true? Well, in case you haven’t been paying attention. Damn skippy. Evo’s huge screen just oozes sex appeal to any gadget geek – at the very least, it will draw the attention of just about anyone you happen to be near when you start playing with Evo. It’s packed with every high-end smartphone feature (super-fast data capabilities, GPS, sensors, awesome camera) you could want right now, and Evo will even let you pimp out its fast internet connection to other devices over WiFi.

The handset normally costs $199 with a new, two-year contract from Radio Shack, so we’re looking at a 50% savings. There’s no word on how many units it will have in stock but I suggest you get there early because Radio Shack had shortages when it offered up the iPhone 4 at a discounted rate.

Dell drops the price on the Streak, now $399 unlocked

The Dell Streak continues to drop in price with the 5-inch tablet now available for $399 unlocked from Dell. This...