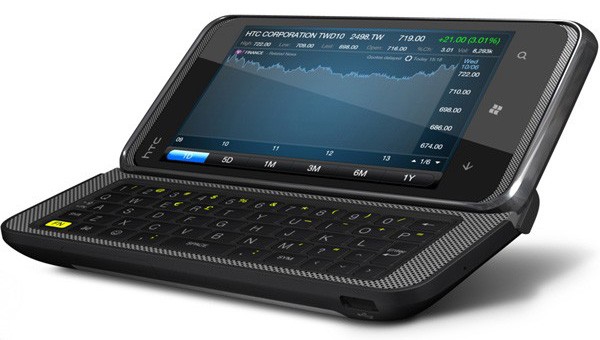 The HTC 7 Pro was spotted on O2 Germany’s website with a tentative availability date of January. This January launch date fits in nicely with previous information that pointed to an early 2011 European launch. With its wide landscape keyboard and sleek design, the 7 Pro should be a big hit in Europe . Under the hood, the Windows Phone handset includes a 1 GHz processor, 3.6-inch WVGA display, a 5-megapixel camera, 16 GB of onboard storage and all the bells whistles found on a high-end smartphone. The 7 Pro is the second Windows Phone-powered handset to include a keyboard. The first is the Dell Venue Pro which debuted on November with T-Mobile USA, but had a very rocky start.

The HTC 7 Pro is also expected to land on Sprint in early 2011. The CDMA variant of the handset was introduced as part of Microsoft’s big Windows Phone kick-off, but soon after launch, Microsoft confirmed its CDMA handsets were being pushed off until 2011 for release. This setback was attributed to a lack of time. Microsoft was pushed to the wire to release Windows Phone and decided to focus on core features instead CDMA support. This 7 Pro will compete head to head with the HTC 7 Trophy which is expected to roll out sometime in the 1st half of next year.

[Via Engadget and O2 Germany]

The HTC EVO Shift 4G for Sprint might be landing any day now as it has been spotted quite a...