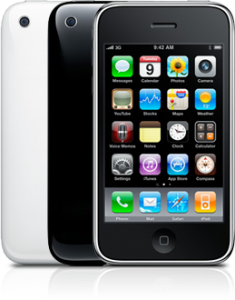 A brazen would-be robber was foiled when the folks he was attempting to rob pulled out knives in retaliation. According to the police report, Jerome Taylor, donned a mask and entered the Northern Indian Restaurant in New London, Connecticut. He pulled out what appeared to be a gun and demanded money from the cooks who were working in the restaurant. Rather than back down, the cooks grabbed knives to defend themselves. They called the police and refused to hand over any money.

Faced with the presence of now angry, knife-wielding cooks, Taylor backed down and apologized for this robbery attempt. He revealed that his gun, laughingly, was an iPhone and told the restaurant cooks that he was doing this because he desperately needed money for his child. Now sympathetic, the cooks let Taylor leave unharmed and he fled the scene with iPhone in hand.

When the police finally arrived, the restaurant cooks explained the situation and told the police that they did not want to press charges. Despite the cooks assertions they wanted to forgive and forget, the police still located and apprehended Taylor shortly after the incident. He confessed to the attempted robbery and confirmed the deadly weapon used in the crime was an iPhone. He was charged with attempted robbery and interfering with an officer. The moral of this story- don’t rob a restaurant with knife-wielding cooks and never bring an iPhone to a knife fight. As dazzling as the iPhone may be, it will be a lose-lose situation for the unfortunate iPhone-toting individual.

[Via MSNBC and Gizmodo]