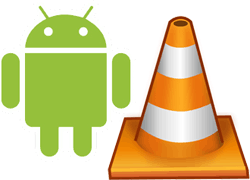 After the iPhone/iPod Touch and iPad versions, VLC is about to hit the Android Market. According to the lead developer in the project, Jean-Baptiste Kempf, the popular media player will be available for the Android-powered devices in “just a few weeks.”

Apparently, VLC for Android was made possible through various improvements found in the Gingerbread NDK (native development kit).

However, we must warn you that the first release will be beta, won’t work on all devices and won’t support all of the codecs you got used to on your computer. We do hope to get see DivX on the list, but we honestly have no idea what will be included in version 1.0.

On the other hand, VLC as an open-source project will definitely keep growing and in no time I’m sure pretty much every decent Android smartphone and/or tablet will be supported. In the meantime you’re free to follow the project progress at this Git hub page…

MotoBLUR 3.0 available for the Droid 2; Unofficially that is

Motorola Droid 2 owners may be jealously looking at their Droid 2 Global and Droid Pro comrades as they swipe...