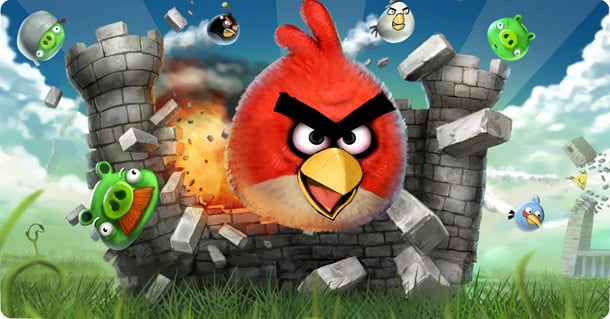 Peter Vesterbacka, one founding developer of Angry Birds, is assuming the role of Rovio Mobile’s public face. In this latest public showing, Vesterbacka, also known as the “Mighty Eagle,” has comments on a wide range of mobile development topics and discusses the background history of Angry Birds in an interview he did with Tech n’ Marketing.

Vesterbacka confirmed that the highly publicized problem of fragmentation within Android is not a hindrance to development. The Android ecosystem may be a bit more difficult to work with, but fragmentation is not a big deal. When asked directly abut Steve Jobs’ rant on Android fragmentation, Vesterbacka has this to say,

“Fragmentation on the device side is not a huge problem, but Steve is absolutely right when he says that there are more challenges for developers when working with Android. But that’s fine, developers will figure out how to work any given ecosystem and as long as it doesn’t cause physical pain, it’s ok;-) “

The Angry Birds developer hints that fragmentation is not an Android problem, but a mobile development problem. The current mobile landscape is dominated by iOS and Android, but there are several minor players including Nokia’s MeeGo platform, webOS, BlackBerry and Windows Phone. Any mobile developer looking to increase the distribution of an application must consider one or all of these very different development environments. Vesterbacka points out that mobile development overall is “a fragmented world.”

Speaking of mobile development, the Angry Birds developer confirms that iOS is the top mobile platform for development. Apple, according to Vesterbacka, has done many things correctly with its iTunes App Store. Android is also a top platform but it is growing more complex over time, is too influenced by carriers, and is not friendly to developers with paid content.

Addressing the smaller mobile platforms, Vesterbacka has this to say,

“Besides Apple and Google, it will be interesting to see how long it will take for Nokia to get their act together. MeeGo is clearly the future there, remains to be seen how big and how soon. HP-Palm webOS is a really cool OS and has been a pleasure developing for that one, but the volume is irrelevant for the time being. Everything else is more or less “interesting” right now, ie no real business to be had, at least not yet.”

In the end, the development team at Angry Birds is focused on iOS and Android but looks to these other platforms as future sources of revenue if or when they begin to mature and increase in adoption. If you are interested in reading more about Angry Birds, click through to the source interview in which Vesterbacka discusses the history of Angry Birds and its merchandising future.
[Via Tech n’ Marketing]